Tsé Biiʼ Ndzisgaii is Navajo for “valley of the rocks”. 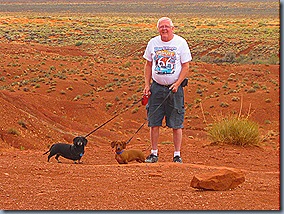 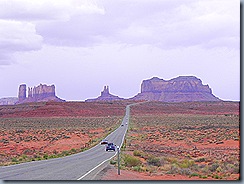 It was really cloudy and we knew the probability of rain was high, but we decided to go ahead and drive over to the Valley. And it did rain on us several different times during the trek. So some of my pictures are taken in the gray and rain and a couple of them were taken in the brief moments of sunlight we had. 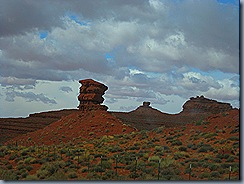 Also, I did not research this enough. I had no idea it was a 17 mile drive on an unmaintained dirt, rocky road. Lots of people were taking their cars and there were several rental RV’s that were making the drive but I was sure glad we had the four wheel drive for it’s high clearance. 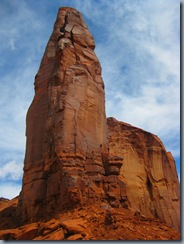 The sandstone structures in the Valley are amazing and I would think in the sunlight it would even be more incredible. But nature has many moods and it was neat to be able to view it in a different light. 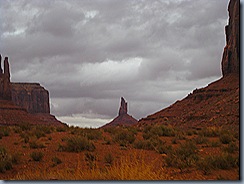 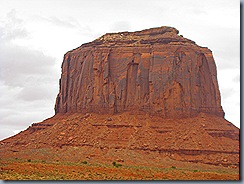 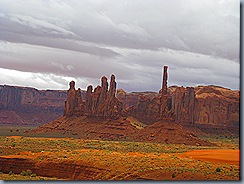 We only look 88 pictures in Monument Valley but it’s still really hard to pick out just a few that we like. Going to have the same problem with Arches National Park.  But I’m going to leave you with one of my favorite cloud pictures. 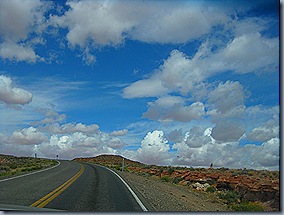