ESCAPE FROM THE OLD PEN 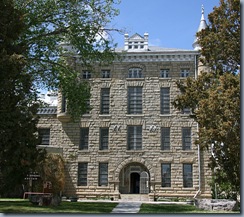 Saturday afternoon we took the tour of the Wyoming Frontier Prison. This is a definite must if you are ever in this area. A wonderful tour with really great stories about the inmates who served time here. 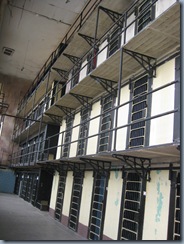 The cornerstone of the prison was laid in 1888, but due to funding issues and Wyoming’s notorious weather, the doors wouldn’t open for thirteen years. In December of 1901, the prison opened and consisted of only 104 cells (Cell Block A), no electricity or running water, and very inadequate heating. 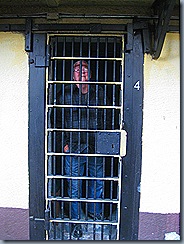 Throughout the prison’s 80 years of operation, approximately 13,500 people were incarcerated, including eleven women. 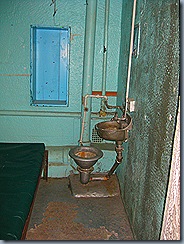 The prison was equipped with several different means of disciplining inmates throughout its operation, including a dungeon, several variations of solitary confinement and a “punishment pole” to which men were handcuffed, and whipped with rubber hoses; this method was practiced legally until 1930. 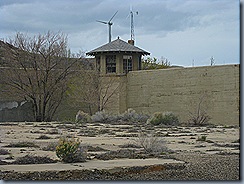 The prison used different execution methods throughout the operation. The first two executions were carried out using the “traveling” Julien Gallows. In 1916, the penitentiary completed the addition of a “death house” which consisted of eight cells to house inmates on death row, and a unique indoor version of the Julien Gallows. From 1912 - 1933, inmates in the death house were hung on this awful invention where condemned prisoners were forced to kill themselves. By stepping onto a trap door, a stream of water was started which eventually opened the trap door, causing the condemned to drop through the trap door.  Unfortunately, this do-it-yourself gallows didn't drop the condemned man far enough to break his neck, and they died a slow death through strangulation. 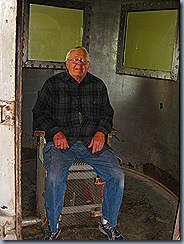 The building also housed the gas chamber when it was chosen to replace hanging as Wyoming’s execution method of choice in 1936. Ultimately 14 death sentences were carried out; nine men were hanged, and five were executed in the gas chamber by the use of hydrocyanic acid gas. 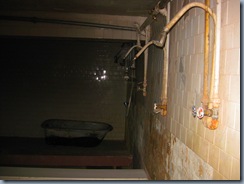 After serving the state for eighty years, the prison closed its doors, and sat abandoned until 1987; a low budget movie titled “Prison” was filmed on location when significant damage was done to the prison grounds. In 1988, the penitentiary was dubbed The Wyoming Frontier Prison, and  was established as a museum.

If you want some really entertaining reading, go to their website at http://www.wyomingfrontierprison.org and click on inmate profiles. There are some amazing stories of crimes and escape attempts. You won’t regret visiting here.