Okay gang, there are two museums in Albuquerque that I think you really need to see. This is the first one. 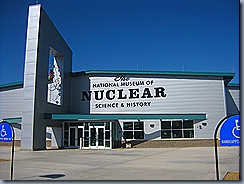 This museum was originally established as The Sandia Atomic Museum in 1969 because the government wanted to create better public relations between the military and the public. In 1973, they had a name change to National Atomic Museum which reflected the growing national and international interest in nuclear power. 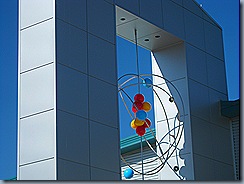 On September 11, 2001, the museum had to close its doors at Kirtland Air Force Base because of security issues. They then moved to a temporary location in Old Town Albuquerque. On April 4, 2009, this new museum opened and was renamed the National Museum of Nuclear Science and History. 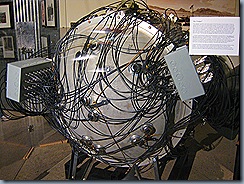 This place is awesome. When you walk through the front door and look down, you will see the Periodic Table of the Elements in the floor. From there the museum takes you back in time so you can meet the individuals who questioned and defined the matter which makes up the universe. 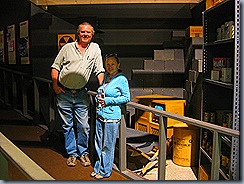 From there you move on to the history leading up to the cream and use of the atomic bomb during WWII and the countries that actually became involved. They have a wonderful collection of propaganda posters which were used to influence public opinion.

You then get to learn about the Manhattan Project at Los Alamos and then follow them to the Trinity site where the first atomic explosion occurred in 1945.

They have the bomb casings of the famous Fat Man and Little Boy which were the bombs dropped on Hiroshima and Nagasaki which ended WWII. However, the Cold War continued and many military weapons were developed to protect us in case of nuclear attack. 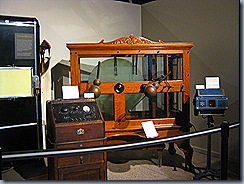 After leaving the war behind, you will learn about nuclear medicine and the advances in medical technology that it has brought about. You can learn where radiation comes from in our daily lives and estimate your own personal radiation. Ours is 414  millirems which is very reasonable and very average – which is a good thing. 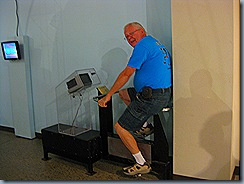 There is also a science lab which I’m sure was created with children in mind, but where we spent a lot of time. Steve and I had to drag Jim and Jenn out of there. 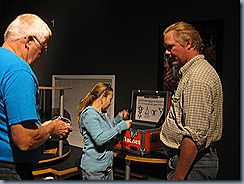 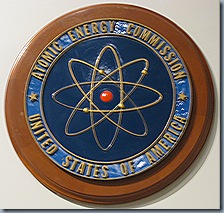 Jim’s sister Peggy, was Admiral Rickover’s secretary at the Atomic Energy Commission. Peggy died of leukemia when she was quite young so this brought back some good memories for Jim. 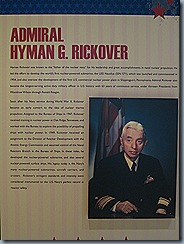 The Doomsday Clock is a symbolic clock face, maintained since 1947 by the board of directors of the Bulletin of the Atomic Scientists at the University of Chicago. The closer the clock is to midnight, the closer the world is estimated to be to global disaster. As of January 14, 2010, the Doomsday Clock stands at six minutes to midnight. Since its creation, the time on the clock has changed 19 times.

There is still a whole lot more to see at the museum and so much to learn. I could have spent more time there but Steve needed to get to work so we made arrangements for the next day to visit the next museum.