I'm a couple days late posting this. Life keeps getting in my way.

We left Billings, MT the afternoon of January 21, 2009 to begin our full time lifestyle. We were 72 feet long and ready for adventures. 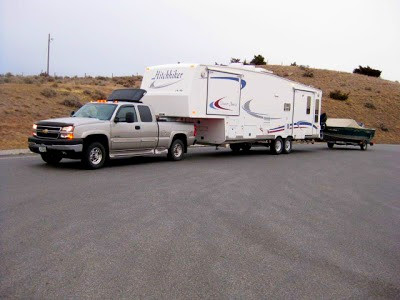 We were trying to outrun a snow storm that was headed into Montana. I had suggested waiting til the next morning to leave but Jim knew that the roads would be far worse so we decided to head out and see how far we got. Our first night we spent in Bozeman, MT in a motel room. It was so cold we just wanted some place to get warm and get some sleep. 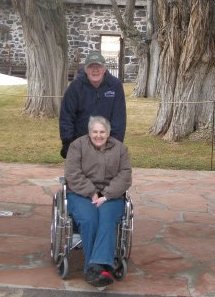 I was still in a wheelchair from a broken ankle and ruptured Achilles tendon. I could hobble a few feet and crawl up and down steps but most of the time Jim was pushing me in a wheelchair.

This picture was taken at Covee Fort, UT. It was windy and cold but we were ready to visit new places.

We stopped in Las Vegas for a few nights and then headed for Apache Junction where we had reservations for a month at a park not far from where we are now. My sister and her husband were in Mesa and we wanted to explore this area. The RV park was okay but the sites were so small we barely fit. We decided to check out all the parks in this area and find one that we felt comfortable in.

We must have driven through 50 RV parks. When we drove through Santa Fe RV Park, there was just a feeling about this place. The sites were large and spacious. The park was kept in fantastic shape. And they offered a Passport America rate of $13.50 a night for two weeks. We took them up on that. 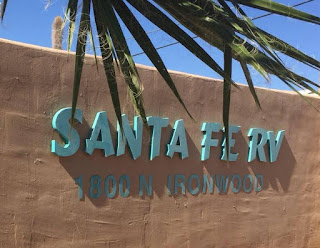 We enjoyed our stay so much we put our names on a list for a permanent spot. Since pets were only allowed on the back row we figured it could be a couple of years or so before we were offered a site. Little did we know that one would become available that October.

Now Site #34 has become our home base. Couldn't ask for a more perfect spot to spend the winters with the best neighbors in the whole world. 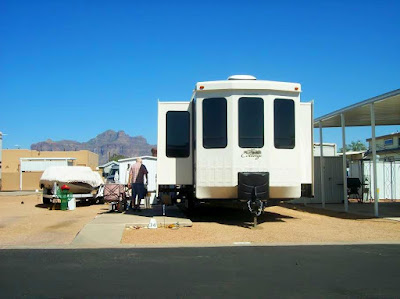 We've had fantastic adventures these last ten years and I know we have more good times ahead of us.

Any and all bloggers and non-bloggers in Q are invited to Bloggerfest. Come and meet other bloggers or learn how to make your own blog. 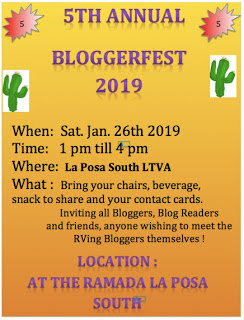 
I do not know how to use blogger because I have always used Live Writer and as you know, it isn't working. So who knows how these pictures are going to be placed.

Jim and I have not been going out very often to eat so we jumped at the chance to join good friends at Benihana's for lunch. These are some of the very first friends we made when we began our full time life style.

From left to right - Jeri, Delci, Freddy, Jan and Bill 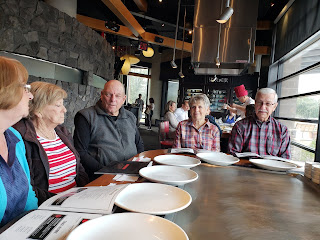 Terry gets his own picture. Jeri kept turning her head every time I took a picture. I forgot to get her attention. 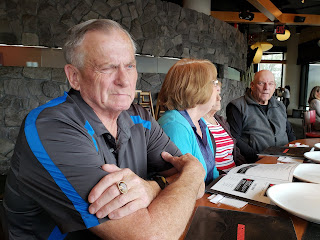 Four of our group had never been to Benihana's and were in for a fun experience. Our chef is cooking the eggs, vegetables and rice. 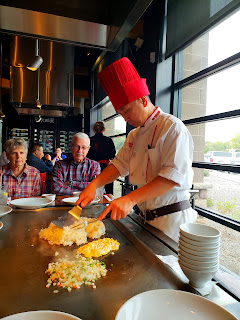 One of the really fun parts of lunch is the onion volcano. 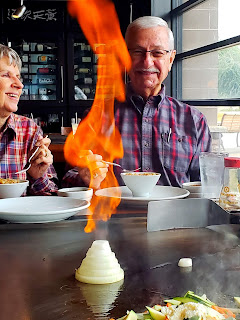 After cooking the rice, the shrimp and scallops were cooked and then came my favorite part - the steak and mushrooms. Cooked to perfection and so tender. 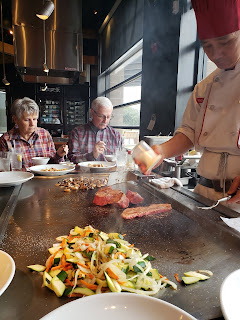 Jan's birthday is next week so she was brought a dish of Rainbow Sherbert. We all got a taste of course. Happy Birthday Jan. 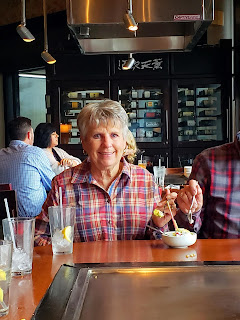 A good time was had by all and I'm really hoping we can all get together one more time before everybody takes off for parts unknown.

I'm really not sure how blogger is going to work out for me. I'm hoping this isn't the end for my blog but I'll let you know if I decide to throw in the towel.
Posted by Jim and Sandie at 8:51 AM 11 comments: 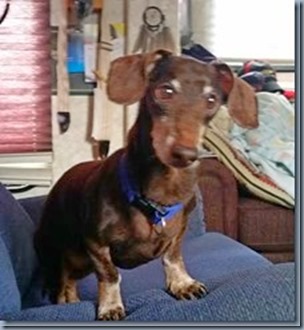 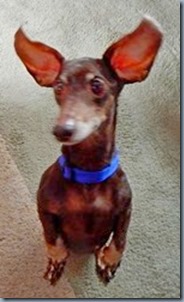 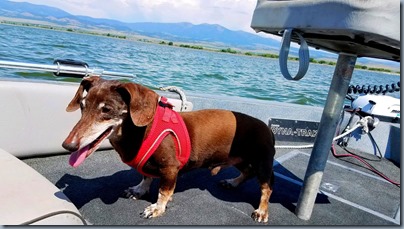 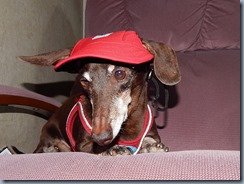 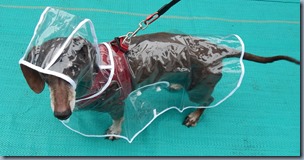 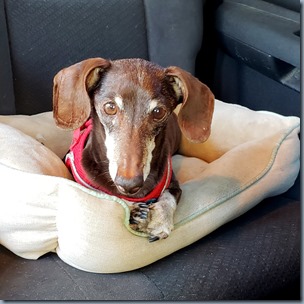 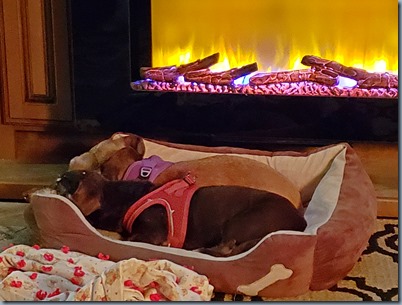 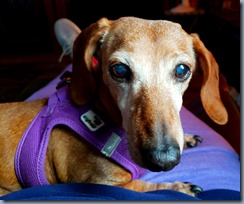 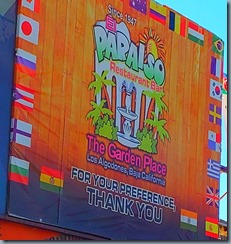 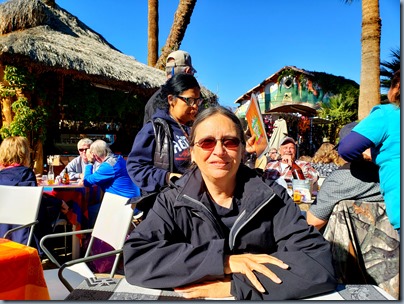 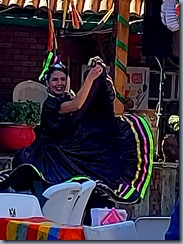 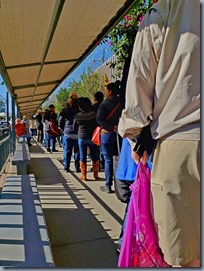 We are experiencing a rather “chilly” start to our new year here in Arizona. New Year’s Eve we had rain – a little over half an inch – which put a damper on any exciting celebrations we might have had planned. But since we didn’t have anything planned except a quiet evening with just us and the pups, the rain was not a problem.

My favorite mountains, The Superstitions, had a dusting of snow on them this morning once the clouds lifted. 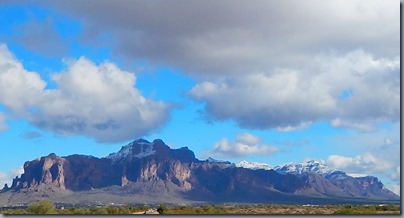 I was looking back in my blog to see what the weather was like over the years. The following picture of the Superstitions is from January 1, 2015. It was also cold that year – high of 48 and a low of 28. 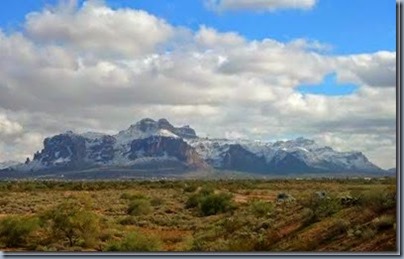 This cowboy was out for a leisurely ride. Notice the snow on the mountain in the background. 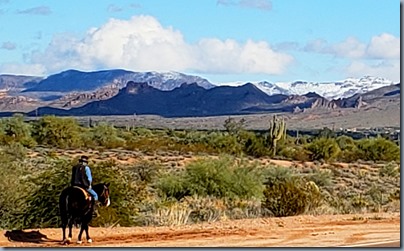 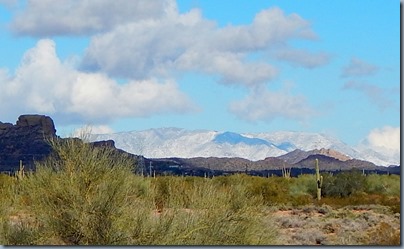 Rocky and Skittlez are enjoying the start of 2019 in their favorite manner. 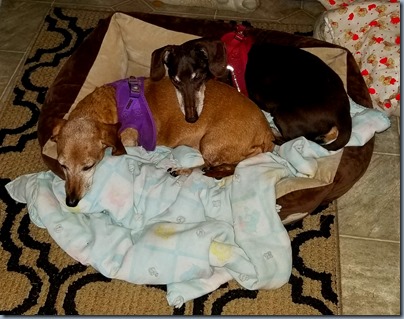 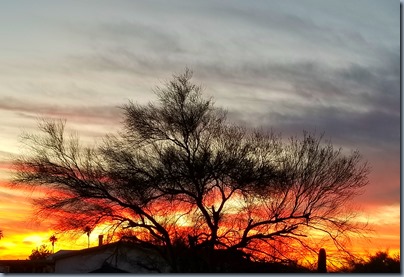 We hope that 2019 brings all of our friends and family a year of joy, peace and love