We had a specific reason for our stop in St. John's, AZ. We wanted to check out campgrounds in that area and we really wanted to check out Lyman Lake. According to a report I read there is some pretty good walleye fishing in that lake. Jim and I are thinking of maybe staying in Arizona next summer but up in the high country where it's a little cooler than down here in the valley.

Created as an irrigation reservoir by damming the Little Colorado River, Lyman Lake State Park is a 1,200-acre park that encompasses the shoreline of a 1,500-acre reservoir at an elevation of 6,000 feet.

We camped at St. John's RV Park for $20/night. The park was okay with lots of trees for shade. It is mostly weeds and the concrete pads are all busted and are definitely a trip hazard for someone as clumsy as I am.

Their monthly rate is $300 plus electric. $100 of your rent goes toward the electric and you pay anything above that amount. Not a bad deal at all.

The drive to Lyman Lake from St. John's is beautiful. 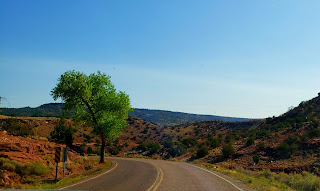 Lyman Lake looks like a fantastic place to do some fishing.

The campground area is really nice and I bet it is packed on week-ends during the summer. $33 per night for a full hook up site with a fourteen day stay limit. 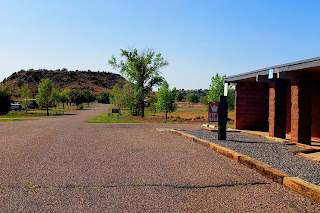 It was all I could do to keep Jim from finding a boat and getting out on the water. We can buy a week-day season pass for $75 which is perfect since he doesn't fish on week-ends with all the locals.

After checking out the lake we wanted to check out Springerville RV Park in Springerville, AZ. St. John's is north of the lake and Springerville is south. We really liked the park and I forgot to take any pictures. It is quite new and does not have any trees for shade, but the lots are a nice size with room for our Bungalow, the truck and the boat. The rate is $300 per month plus your electric.

So we have options if this is what we decide we want to do next summer.

We then made the journey down the mountain into the valley. All we've done since we got back to AJ is doctor appointments. And we still have several to go. People are returning to the park but most activities have been cancelled. We are still staying pretty isolated. We are not living in fear of Corona Virus but we are being cautious. I wish things were different.

It was time for us to pull up the jacks and head south. We left Billings on Wednesday, September 10. It was hard to say goodbye to Todd and Michaela. We enjoyed their company so much.

This was the view out of our window as we headed west. The snow is beautiful on the mountains as long as it stays up there.

Our first night was spent in Twin Bridges, MT at a quiet, pretty rest area. Well, it was quiet during the night. We had a semi, a few cars and a truck camper for company. As we were getting ready to pull out the next morning, a political rally arrived to take over the whole rest area.

Thursday night we spent at the fairgrounds in Malad, ID. Another free stop but please call the county if you want to camp there. We had thought this was also going to be very peaceful but I need to warn you, you may hear cannons going off. We were watching some TV when all of a sudden we heard this horrible boom not far from us. I got a little worried but nothing else happened. About 30 minutes later another boom. That did it for me. I had to know what was going on so I called the Sheriff's office.

The view at the fairgrounds.

I explained to the women who answered that we were camped at the fairground and I was wondering what all the noise was about. She started to laugh and then explained there was a football game at the high school which was just across the road from us and every time the home team scored, they shot off the cannon. I figured they must have won the game because awhile later there were lots of cannon booms. Then all was quiet.

The next night we made it to Blue Cut RV Park in Helper, UT. We have stayed there before and it was perfect for a one night stay. Pull through and did not have to unhitch.

A touch of fall color.

Saturday we headed further south into Utah. The southwest scenery is just incredible. 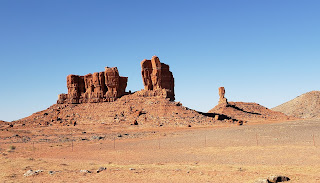 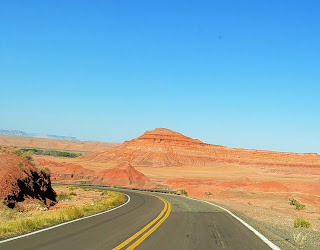 Spent the night in Bluff, UT at the Coral Sands RV Park.

After leaving Bluff we headed down Highway 191 through the Navajo Nation. A work of advice - don't go down this road. It is a very rough, roller coaster road and sometimes we could only do 35 mph. I was afraid to go into the trailer at the end of the day cause I wasn't sure anything had survived.

The Navajo Nation has been hit extremely hard by Covid-19. They have implemented curfews and strict mask wearing. I called to make sure that we could stop and get gas in Chinle on Monday and they told us that they would be open. Signs everywhere stressing the importance of masks, the curfews, and absolutely no visitors. Everyone was wearing a mask and maintaining social distancing at the gas station.

We finally reached St. John's AZ and pulled into the St. John's RV Resort for three nights. We have a specific reason for being here and that will be my next post. It has definitely warmed up.

Just some of the gorgeous sky pictures I've taken while here in Montana. 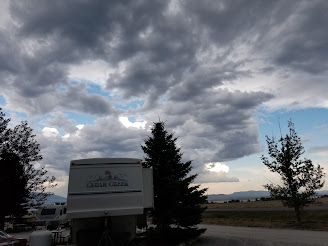 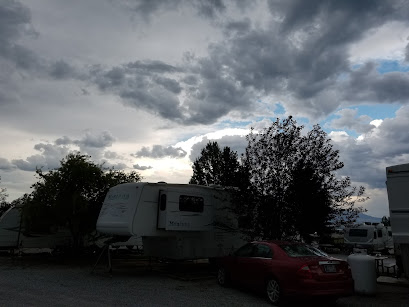 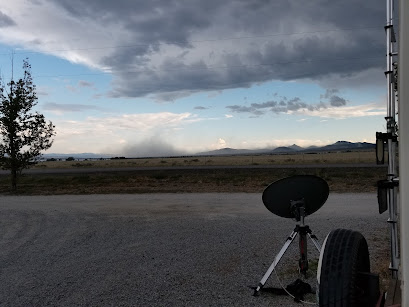 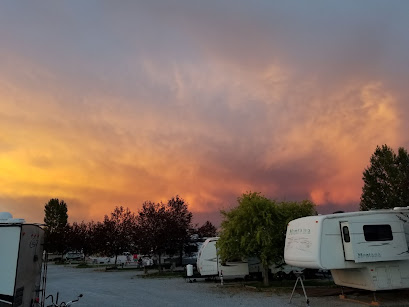 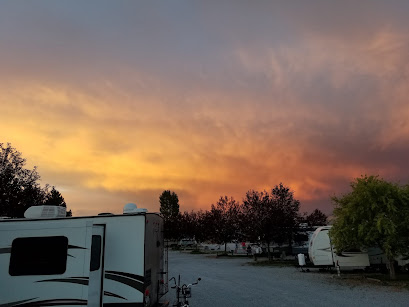 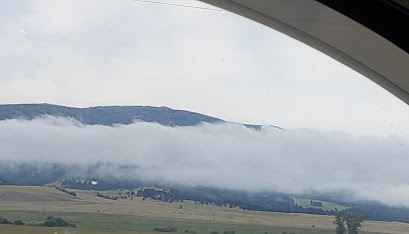