One additional comment on Moab. It appears from the comments I’ve received that October would be a good month to visit this area (as long as the weather is still cooperating). So I will give it a second chance and return some October.

When we left Moab we decided to head up to Flaming Gorge and spend a couple of nights there. We took I-70 towards Grand Junction but turned north on Rte 139 before reaching GJ. We could have gone up through Price, UT and then into Vernal, UT but thought maybe we could see some of Colorado going up Rte 139. 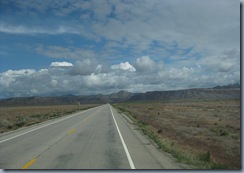 The weather wasn’t bad when we started. A little bit of sunshine, not too much wind. 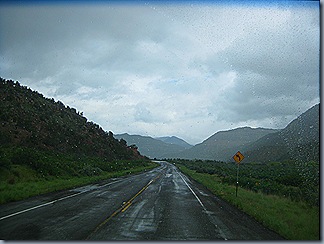 Then we reached the never again road for us (Rte 139). You have to cross Douglas Pass at 8,268’. Now we’ve been over several mountains in our journeys, and some at least this high. But this road was in such rough shape that in some places, it was really only a one lane road. And there were several trucks coming up the other side that we had to pass. Oh, such fun. 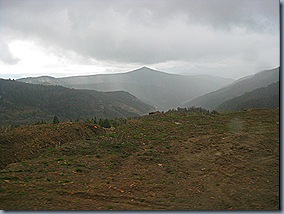 It was raining, then sleeting, then foggy. You could see where they had had a couple of recent rock slides.

I’m sure it would be beautiful in nice weather, but I really doubt if we’ll ever try it again, at least not in the motorhome. 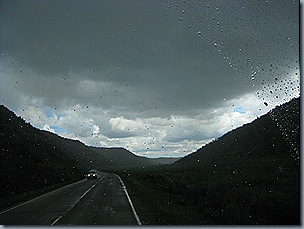 What is that up ahead? A clearing sky. I sure hope so. 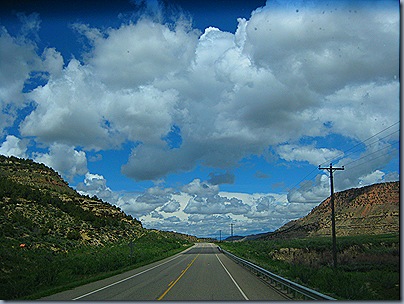 Finally – the sky we were looking for at the bottom of the pass.