We’re continuing to go to doctor appointments with good results. The big test is the PET scan in a couple of weeks. Once we get those results we can start seriously thinking about getting out of here.

Have had a couple of really great breaks from the routine. And like all good things about RVing, these breaks include friends and food.

Got an e-mail from Larry and Gerry of Clark Rambling  wanting to know how far away we were. They were in El Mirage needing some work done on their rig before they start on their summer travels. Just so happened we had to be in Scottsdale for a test for the Cardiologist as well as an appointment with his internist.

I found a place called the Naked BBQ that is on Bell just off of I-17 and asked them if they could meet us for lunch. They said yes and off we went. Like Larry said – it just felt like we had known them forever. Larry even wore his Redskins shirt which just sealed the deal.

Gerry, Larry, Me and Jim 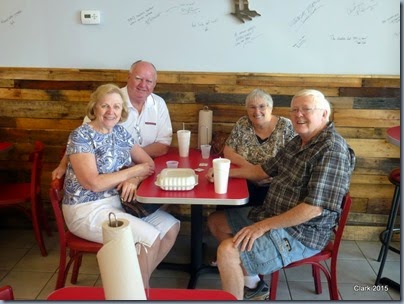 Sure hope we run into these guys again this summer. And the food was pretty good also.

Then I got a message from Paula - Shadowmoss  and she wanted to know if we could meet for dinner one night. She works nights so her schedule can be grueling. At least it would be for me. We made arrangements to meet at Joe’s Farm Grill and rounded up Paul to go with us. Had a great time and I’m hoping we can do dinner one more time before we hit the road. No picture – didn’t think about it because we were doing too much visiting.

Then today we met up with Jan and Bill for lunch at Red Robin. Jan had a doctor’s appointment in Chandler and that made it an easy meet up. I’m absolutely amazed at how well she is walking on her broken foot. She doesn’t limp near as bad as I thought she would . Still has several months of healing ahead of her but she is doing fantastic. So good to see these dear friends of ours. Once again, no picture.

Jim is doing some repairs around the rig. The vent cover in the bathroom disintegrated and needed to be replaced. Turned into an all day chore. While he was on the roof he found that the sewer caps needed to be replaced. Then our fantastic fan wall control decided to die. Jim found one on a close out at RV Traders so now that is working again.

Just odds and ends of things.

A Whole Lot of Nothing

I’m still having internet issues so we are using the libraries wifi. Thanks Toni for that suggestion. Their wifi is lightning fast compared to the internet we have at home when we have it.

I’m never going to be able to catch up so I hope life is going along smoothly for all of you. We have started into all of Jim’s doctor appointments before we can leave the Valley. One down, seven to go. So far, so good.

Other than that we are just enjoying the beautiful weather we’re having. Paul joined us for Easter dinner. We met up with Carol and Doug at Tom’s BBQ for dinner one night. We’ve been to visit Aunt Happy a few times.

Been too breezy for Jim to do any fishing this last week. Hopefully next week looks better. In his down time he put new seats and backs on our camp chairs. Now we don’t have to worry about anyone falling through the bottom. I should have taken pictures but I didn’t.

With so many folks already heading north we no longer play cribbage or poker during the week.

And that’s really about it from here. Just wanted to pop in and say hi to everybody. Miss you.

Since we didn’t have any internet to keep us entertained, I asked Jim if he wanted to take all his girls for a ride. Little did he know that ride would end up being over 300 miles.

We hitched up the girls in the backseat and filled up a cooler with water and ice and headed out about 7:15. 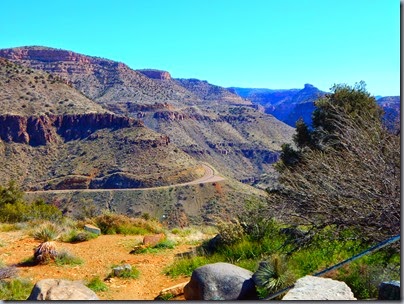 I wanted to see what the drive through Salt River Canyon between Globe and Show Low was like. It is beautiful. You drive all the way down one side of the canyon to the river below and then climb back up on the other side. 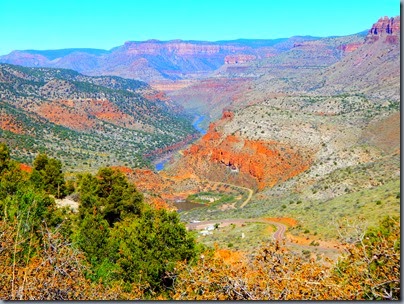 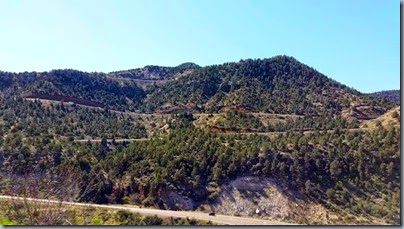 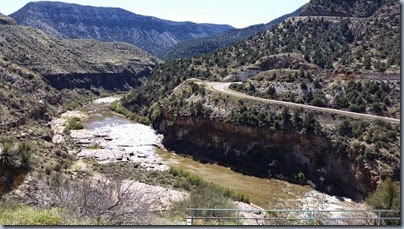 After driving this beautiful, winding road, we made the decision that we will not going this way when we head north. We did see several rigs towing their way through the canyon but we’ll take the easier way north through Polson. 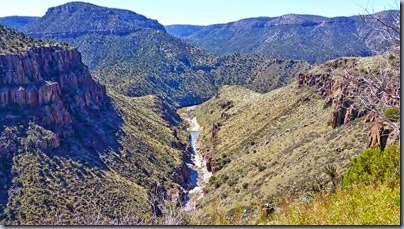 After reaching Show Low we headed over to Payson for lunch and then back down to Miami cruising by an extremely low Roosevelt Lake. We arrived back in AJ about 4:00 and the girls were certainly ready for dinner.

Haven’t had any internet for what seems like forever. My withdrawal symptoms were getting pretty bad but I survived. (Barely)

So now it’s time to catch up. 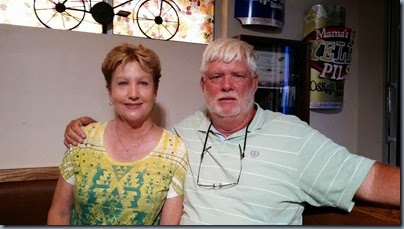 Jim left a comment on my blog that said they were in Apache Junction and wanted to meet. We met for lunch at the Handlebar and I am so glad we did. What a wonderful couple. We really enjoyed visiting with them and we’re hoping they change their plans for going to Florida and come back to Arizona next winter so we can spend more time together.

We also had a storm roll through. I love clouds and these were spectacular. 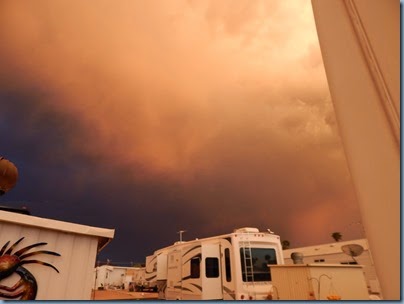 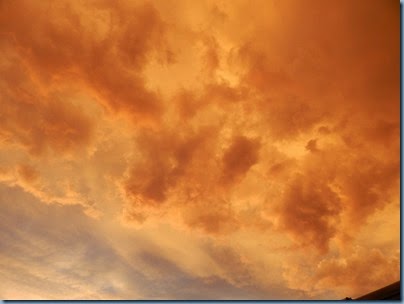 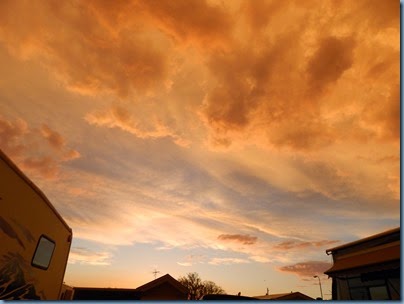 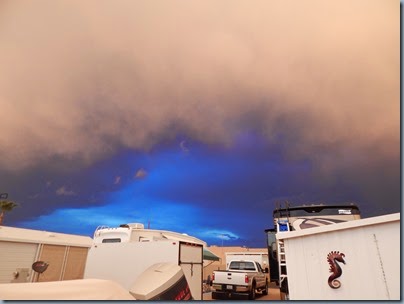 Jim finished making our Convoy game board and it really turned out great. We took the board down to Marv and Donna’s and the women proceeded to tromp the guys. They are now looking for revenge. 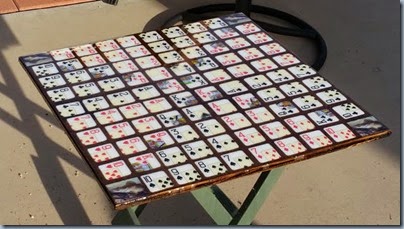 Jim and Marv got some catching time. 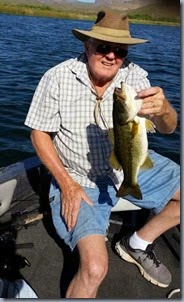 We (Jim) got the carpet shampooed. It really needed it after all of Skittlez’s problems with diarrhea. 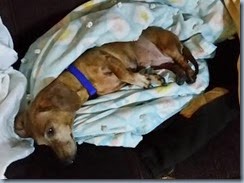 Lots of folks are starting to head north already. Not us. We’re planning on leaving about the middle of May depending on all of Jim’s doctor appointments.