If you like model trains and are in this area, you need to make a stop at the Superstition Mountain Museum. The Museum itself makes for a great visit and the train just adds to it.

Thomas and Percy were running for the kids. 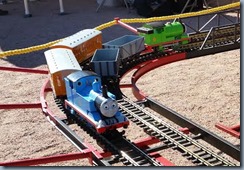 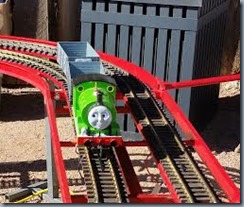 The following is from their brochure.

Welcome to Dutchman’s Gulch, a journey through Arizona history via a Garden-scale model train exhibit. These larger models run on 1500 feet of 45-mm gauge track. This exhibit displays the key role that the introduction of the railroad to Arizona, during the period 1875 to 1930, played in the rapid growth of not only Arizona, but the entire American West. The coming of the railroad to Arizona enabled the transport of key Arizona exports (including cattle, cotton, citrus and ore products). In addition, tourists and settlers were able to travel to Arizona to enjoy the climate.

Native Americans were the first settlers in the area, then came the Spanish establishing missions in the Tubac and Tucson areas. Prospectors and explorers followed. With the coming of the railroad, mines, ranches and towns sprang up along the railroad track.

There are seven areas showing the growth of Arizona.

The Pima are related to the Tohono O’odham people. They are probably descendants of the ancient Hohokam Indians. The Pima are American Indians who live along the Gila and Salt rivers in southern Arizona. They call themselves the Akimel O’odham, meaning “river people”.

Jesuit missionary Father Eusebio Francisco Kino was one of the early Spanish explorers of the deserts of the American Southwest. 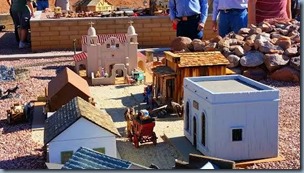 Theodore Roosevelt Dam was the first dam on the Salt River that controlled water flow into the Greater Phoenix area. The dam is 357 feet high and was built between 1905 and 1911. 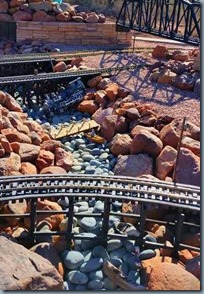 Two major finds occurred in 1859 and 1862 in the Yuma area near the confluence of the Gila and Colorado Rivers. If the legendary Lost Dutchman Mine here in the Superstition Mountains does exist, it is still waiting to be rediscovered today. 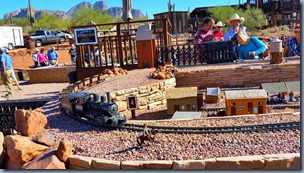 There were four major areas of silver production, the largest being the Silver King Mine near Superior which produced an estimated $42 million worth of silver ore between 1875 and 1900. 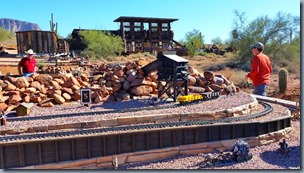 Cattle and other livestock came to Arizona over 300 years ago with arrival of the Spanish Missions. After the Civil War, overgrazed pastures in Texas led ranchers to the Arizona Territory and began the state’s cattle boom. By the 1890s, about 1.5 million cattle roamed in Arizona. 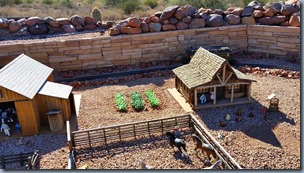 The town in the exhibit is representative of towns in the early 1900s. In 1864, Prescott was designated as the capital of the Arizona Territory, replacing the temporary capital at Fort Whipple (Army Post near Prescott). At that time Tucson was deemed ineligible as they were supporting the Confederacy in the Civil War. After the Civil War, the Territorial Capital was moved to Tucson in 1867. Prescott again became the Territorial Capital in 1877. Finally, in 1889, Phoenix became the territorial capital and in 1912, the state capital. 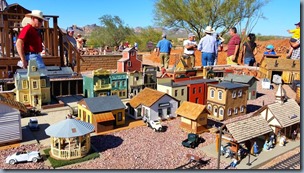 Another stop you want to make while at the museum is the Elvis Memorial Chapel which is a movie memorabilia museum showing the movies that were filmed at Apacheland.

There are several hiking trails also available in this area and with the Superstition Mountains as a backdrop, you couldn’t ask for a more beautiful place.

A Few Things That Make My Heart Happy 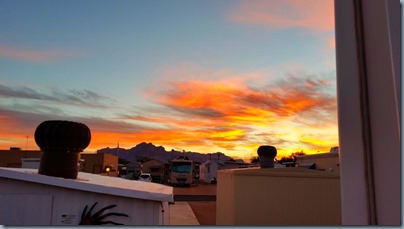 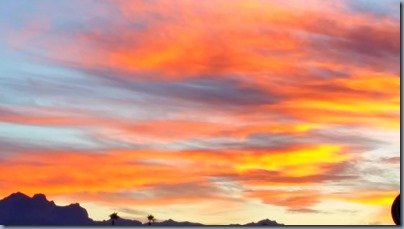 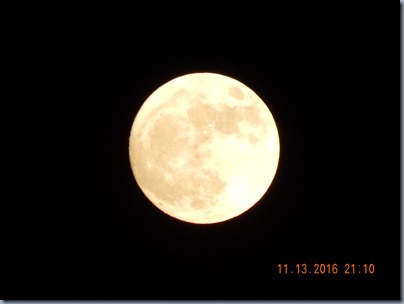 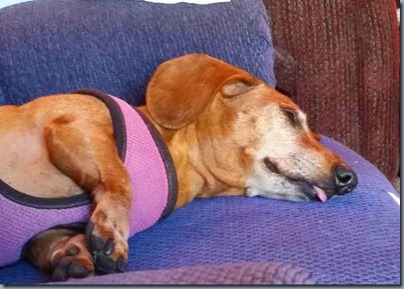 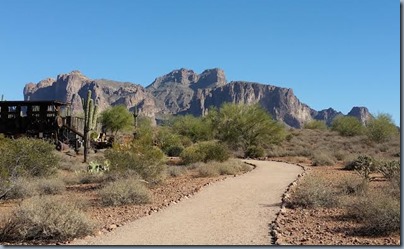 A text from our son saying “I love you guys”. 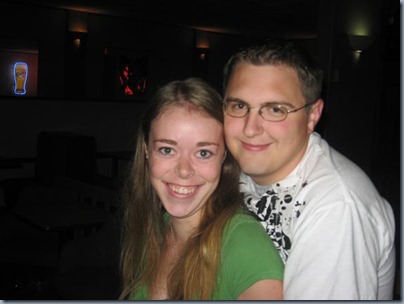 An e-mail from Denise (Sassy) letting me know she is doing good in her cancer battle. 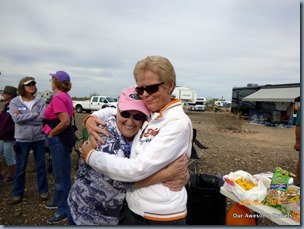 A meet up with Paula (Shadowmoss) and learning that she’s been accepted into a cancer study. 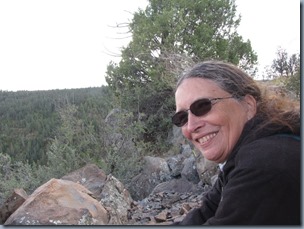 The privilege of knowing Rod (Retired Rod) who is losing his battle with cancer. 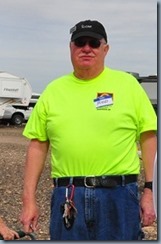 Jim’s family who has accepted me with open arms. 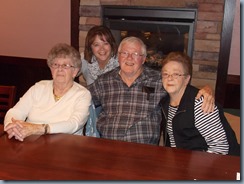 All the wonderful friends we have met throughout the years who have made for so many fantastic memories.

A clean cancer scan for Jim.

These are a few of the many things that make me realize how thankful I am for my blessings. 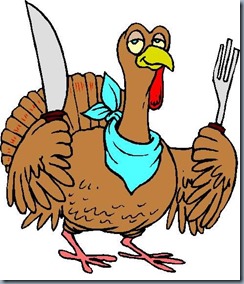 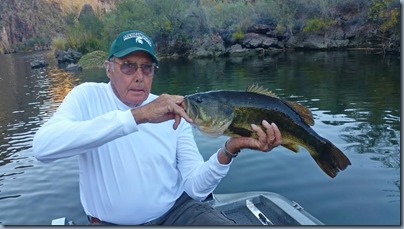 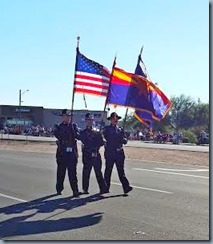 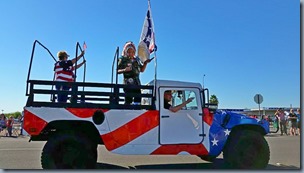 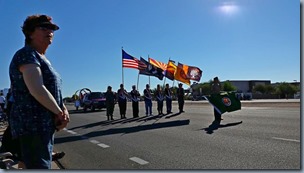 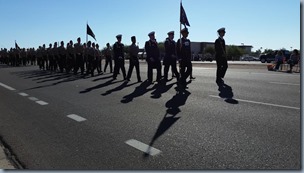 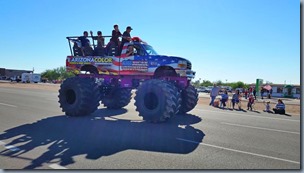 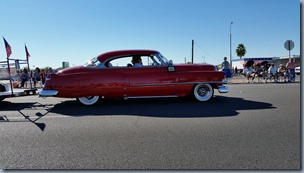 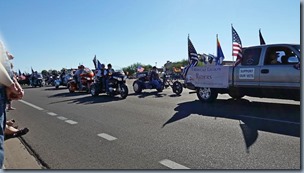 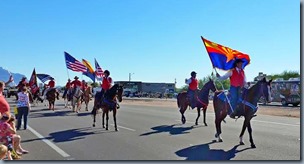