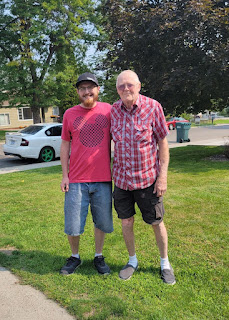 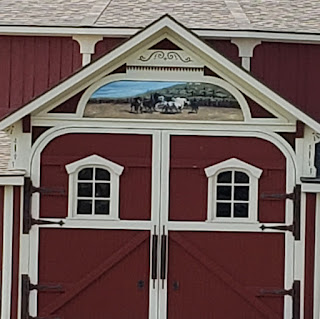 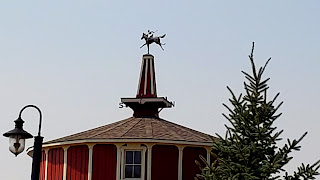 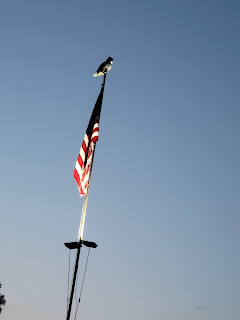 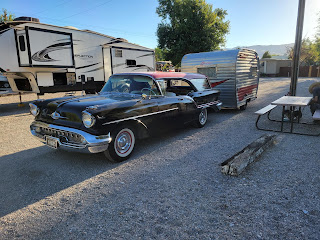 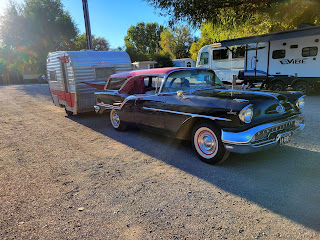 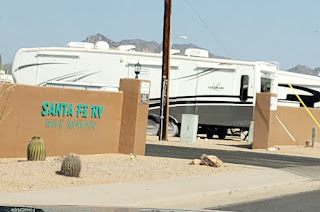 Our summer at Canyon Ferry has come to an end. The boat has been tucked away at my brother-in-law's place and its time for us to move on. 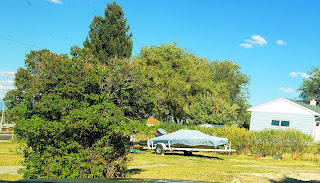 Reflecting back on this summer it has been smoke, wind, and fire. Definitely not what we were looking forward to.

The fishing 🎣, when Jim was able to go out, was lousy. The water level dropped and continued dropping the two months we were there.  With the extreme heat, the fish went into hiding so they wouldn't be boiled. There were many days when the smoke was so bad Jim couldn't breathe if he went outside. Then there was the relentless wind.

We were lucky that there weren't fires too close to us. There was one across the lake and we could see the smoke billowing over the top of the mountain.

To top things off, Jim hurt his back and neck so that stopped the fishing for a couple of weeks.  Needless to say, our freezer is not full of walleye this year.

We did get to spend some time with my sister and hubby which was special. We also got to celebrate our birthdays since we are both July babies. 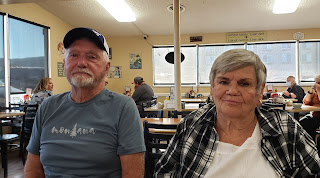 We were at their house to store the boat, and I was in the house visiting with my sister. when I happened to look up and saw these three bucks in her yard enjoying her apple tree.

Then this guy stopped and looked right at me through the window.

And our good friends, Ginny and Mickey, spent two wonderful weeks with us. Fun times.

The journey north gave us a chance to visit friends and explore a new "country". But the wind was not gentle breezes. We had some beautiful sunrises and sunsets as well as clouds. 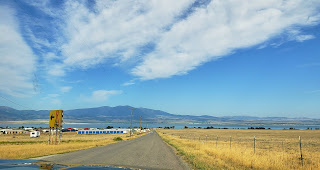 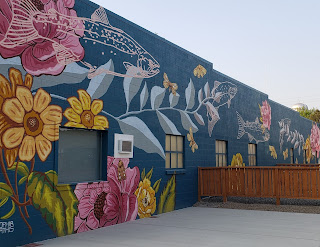 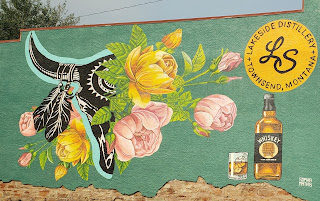 So ends our summer at Canyon Ferry.  We will spend a week in Billings visiting our son and daughter-in-law. And then will begin the trek back to Arizona.