He’s a Rare One

Got this update from Rod’s DIL - Thanks for the cards and prayers. Rough weekend energy wise but did a quick bloodwork check and everything looks good. Keep the prayers coming!  ❤️ Rod & Family

Had the first of many doctor appointments today. Jim’s blood work showed that his glucose was low and the doctor is having him cut back a little bit on his insulin.

The doctor told us that Jim is a rare one because he is so healthy even with his battle with diabetes. His eyes are good, his blood work is good, his A1C is low. That makes us very very happy.

Of course, I’ve always known that he is a rare one.

We’ve been busy saying goodbye to more folks. Did have time to play some cribbage and dice with Marv and Donna. Donna made the best apple pie. She also makes the best peanut butter fudge I’ve ever eaten.

We’ve also been looking at RV’s with Paula (shadowmoss). She’s trying to find a Class C that will work for her.

That’s about it from our little patch of earth here in Apache Junction.

Aunt Happy and Rod Updates and Goodbye to Neighbors

It’s been a really quiet week but I wanted to give you an update on Aunt Happy.

She recovered from her fall really well. She’s back to being able to walk with her walker and can get herself up out of the chair or bed. She spent the three weeks or 20 days that Medicare allows and then moved back to her apartment in the Springs. Her niece, Bonnie, came down from Missoula to see what arrangements needed to be made. Happy is going to need more help and someone to stay with her every night.

The biggest issue we face is that dementia is becoming a problem. That means that it is very difficult for Happy to know what she wants to do. I have expressed my opinion, but have no authority. So we will wait and see what happens. The Springs did say that if she falls again she cannot come back to them. She will have to move to a nursing home. We’re hoping that if this happens Good Samaritan will have a place for her because she really liked it there.

Rod is improving and his family is taking really good care of him. He’s had a couple of weeks of chemo and some radiation. Please keep all of them in your prayers.

Jim has been doing some fishing and flying. Well, sort of flying. He couldn’t do this so perfectly if he really tried. Definitely need a new prop. 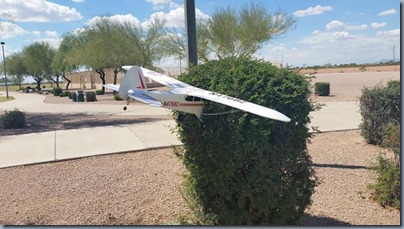 The weather has been really quite nice but is going to warm up this week.

About the only other thing we’ve done is help load the POD for our neighbors. Gary and Carol sold their park model and are going back to Iowa to be close to their son as they deal with health issues. Ginny had almost everything packed so figuring out how to get it into the POD was the job for the guys. 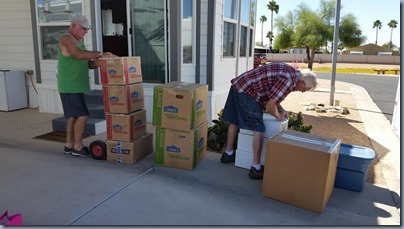 Amazing how much stuff you can get into one of these PODs. They had their van transported back to Iowa for them and they will be flying out on Wednesday. Sad to see them go as they were fantastic neighbors. 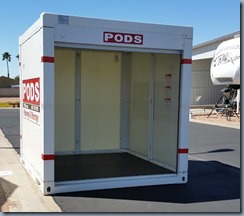 Still quite a few folks in the park but by the end of the first week of May it’s going to be very empty around here.

Always Have a Backup Plan

I have wanted to go to downtown Phoenix and explore Wesley Bolen Plaza and tour the capitol building for several years, so Saturday morning was the time. I figured there wouldn’t be a whole lot of traffic (there’s always a whole lot of traffic – just not as bad as rush hour) and that downtown would be mostly empty. Amazing how wrong I can be.

When we got down to the Plaza we discovered that all the streets were blocked off for some kind of fund raiser and there was no where to park. We drove around and around and finally decided we needed to go with Plan B.

There are some museums I have on my list to visit and I got out the GPS to figure out which ones were where. The only one close to us was the Phoenix Trolley Museum. 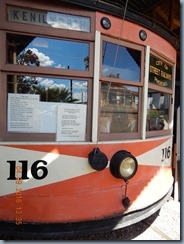 In 1887 the first mule-drawn streetcar rolled down Washington Street. At it’s peak in 1920, the system ran on over twenty miles of track on city streets. In 1947 a fire destroyed most of the streetcars and the city shifted to buses which ended the era of the Trolleys.

This is a photo of the car when it was running. 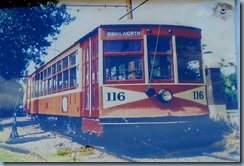 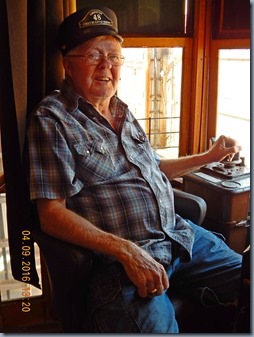 The volunteers had to restore Car #116 from top to bottom.  What a lot of work and love have gone into their work. 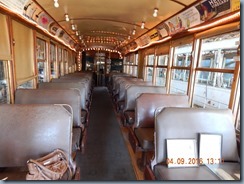 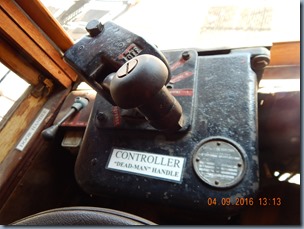 This gentlemen was our docent and happens to be the youngest of the volunteers at 63. He was wonderful and had so much passion for his Trolley. He is a carpenter and did all of the woodwork during the restoration. We thoroughly listening to him and learned a lot from him. 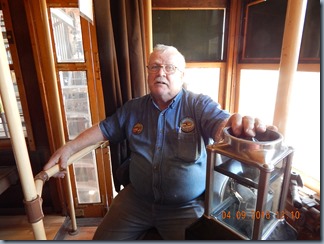 This museum is one of those that is run by volunteers on an almost non-existent budget. They only have two cars of which only one has been restored. They have also been told by the city of Phoenix that they have to relocate the museum by October of 2017 and are desperately trying to figure out what they are going to do.

I’m really glad we were able to visit while we still could.

I got to have lunch with Connie and Dianna last Friday. We all worked together at the IRS in Billings, MT and all of us agree that we don’t miss anything about that place.

Last night we met up with Jeri and Terry at Garcia’s for dinner. Sure was glad they could meet up with us. They are some of the busiest people I know. Safe travels as you head north for the summer.

Jim is out flying his airplane today. Been out fishing a couple of days and is feeling really good.

The news is not so good for Aunt Happy. However the good news is that she did not break any bones. I swear she has the hardest bones of any person anywhere. They took her to the hospital to make sure there were no broken bones and then moved her to a rehab center. We have been to visit her a couple of times and she is very weak. She also has problems finishing her thoughts when she’s talking to us. It is so hard to see this very vital woman becoming old before our eyes. I have been in contact with her niece, Bonnie, who lives in Missoula, MT and I told her that Happy can no longer live on her own. She is going to need constant care.

I took these pictures the last time we visited with Happy before she fell. They were having a party to celebrate all the March birthdays. 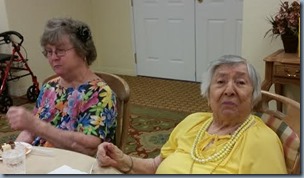 Bonnie is her POA and will be here next week to try and make some decisions as to where she needs to go. I am really impressed with where she is now – Good Samaritan/Good Shepherd in Mesa. They have a nursing home connected with their rehab facility so I told Bonnie that I hope Happy can stay there. She likes the people and the food and those are major pluses. She is no longer strong enough to walk so she’s been confined to a wheel chair. Hopefully all goes well next week.

These guys really aren’t very good but like Jim said, everybody is so hard of hearing that it really doesn’t matter. They were having fun. 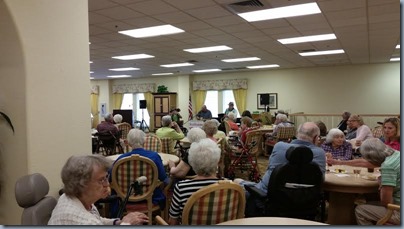 Rod is at home and the last thing I heard was what his son posted on FB – he’s doing great. If you would like to send him a card, please either give me your e-mail or send me an e-mail and I can give you the address. Thanks.

The month of May is filled with doctor appointments. My hope is that our appointment with the Oncologist on the 24th goes well and we can be out of here on the 25th. At least those are my plans.