We saw the vascular surgeon this morning and surgery will be scheduled for the week of July 13. They need to work with the hospital and the insurance company to get all the paperwork and approvals taken care of. When that is done they will call us with the date for surgery. Making progress.

The following is really for my records and may not be of interest to anyone else.

The surgeon came into the room and told us he was having problems with his computer loading Jim’s information. He sat down and asked Jim a lot of questions about his symptoms and how he ended up getting referred to a vascular surgeon. We walked him through the nightmare of doctor appointments and tests and told him that both Dr. Reuss and Dr. Ross had told us that Jim has a blockage in the artery in his right leg. We also discussed the surgery Jim had done on his left leg in 2012 and the large lump in his groin area that showed up after the surgery.

He then gave up on his computer and went out of the room to use a different computer. When he came back in, he told us that he doesn’t believe that Jim has a blockage. At this point I started to cry from frustration. He did apologize for the run around that we have had but tried to explain that cardiologists don’t understand femoral arteries and blockages. The cramping in Jim’s leg is not symptomatic of a blockage because it is in his upper leg and with a blockage the cramping would be in his calf.

He advised us that the lump on Jim’s left groin should be removed. He said if it was his Dad, he would remove it. We agreed with him although two other doctors had told us it was nothing to worry about. When Dr. Seigrist performs the surgery to remove the lump he will also do an angiogram down into Jim’s right leg. That will give us a definite answer on whether there is a blockage or not.

They will keep him overnight in the hospital. Don’t really know how long the recovery will be because it depends on what they find.

Once the surgeon determines whether or not there is a blockage, we will meet with him to discuss some reasons why Jim’s leg cramps when he walks.

So we are waiting once again but at least this time it is for a hospital room. Definitely progress.

We don’t have very many pretty sunsets this time of year but we had one the other night that was worth saving. 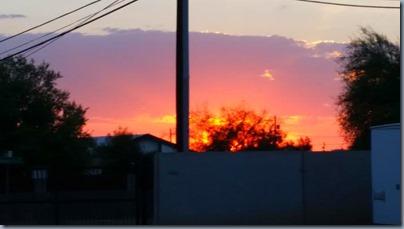 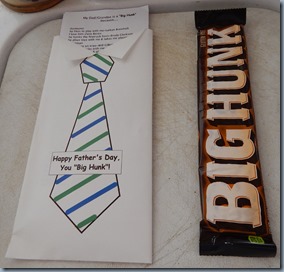 I Thought We Were Making Progress – NOT!

Tuesday, June 2, 2015
Trying to Beat the Boredom
Apache Junction, AZ  High 105  Low 79
I’m trying to find little projects to keep Jim busy while we wait for the medical field to get their act together.
The ceiling strip came unglued so I had Jim climb up and put some glue on the strip. The hammer was a perfect fit to balance on the top of the slide and hold the strip in place until the glue dried. Now let’s see what else I can come up with to keep him out of trouble.
Hot again today. But let me tell you, I’ll take 106 with no humidity over 80 with 90% humidity any day. It may be like sticking your head in an oven but at least I can still breathe. One of the problems we do have is that the ground is so hot on the girls’ paws. Not much shade out where we are supposed to walk them so most of our trips are really short.
Except in the morning when it’s still kind of cool. That’s when Scooter and Jim go rabbit, lizard and coyote hunting. We have two coyotes that are living their lives right outside our park – dining on all the rabbits we have in this area. So far they haven’t been aggressive – probably because they have been so well fed. Skitz and I saw one of them when we went out, bout half way down the sidewalk. Skitz barked and then headed back for the gate as fast as she could, all thoughts of peeing gone.
We finally had an appointment with Jim’s surgeon today. After looking over the paper work he wasn’t happy with Jim’s kidney function. He had Jim donate more blood and now we wait once more. The surgeon will see the test results and he may have to refer us to a kidney doctor. Once we get the kidney situation straightened out, we can get surgery scheduled. That probably won’t be for several weeks yet.
Boredom may do us in before anything else. Jim feels really good except his leg cramps from lack of blood flow when he walks.


Apache Junction, AZ  High 114  Low 82
It’s hot. Yesterday Phoenix tied their record of 115 on June 17 and we’re headed that direction again today. I sure am glad we bought that second air conditioner.

Jim has been out flying his plane a couple of mornings. He had a rather hard landing and we had to wait for the hobby shop to get in the gear box he needed. He now has two of them – just in case. 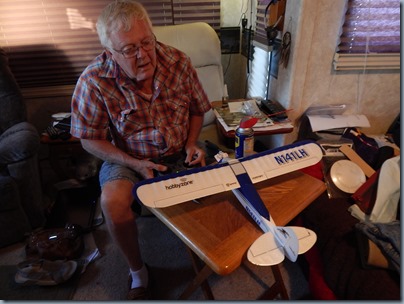 We bought new awning fabric. Ours was so rotted that it was barely hanging on by a thread. 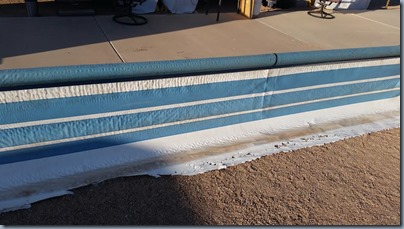 With the sun so far north, it beats down on the door side of the RV all afternoon so having an awning really helps keep the rig cooler. Jim did all the work to get the old awning down and the new one ready to go. 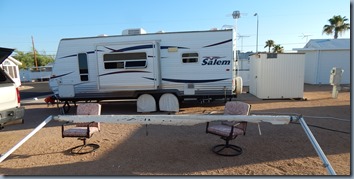 This morning (5:30 a.m.), Al came over and helped Jim put the new awning up. With his help it took less than an hour to get it all ready to go. You really do have to get started early in the morning so you can finished any outside work before it gets too hot.
I sure am grateful they haven’t left yet for the summer.


This is our pretty new awning. 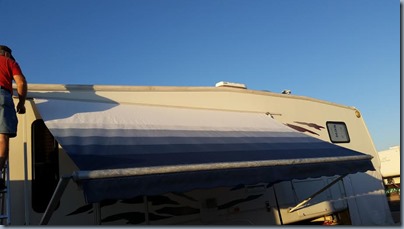 Also the awning offers some shade on the rocks so the girls don’t burn their feet when they have to go out. Let me tell you, they are really quick. Well, except for in the very early mornings when Jim and Scooter go out to unlock the gate and go rabbit hunting.
We’ve seen a couple of good movies – The Imitation Game and The Cokeville Miracle.
We are both pretty discouraged this afternoon. We finally found out that his kidneys, although not great, are okay for him to go ahead and have surgery. We had an appointment scheduled with the surgeon on the 24th but after we got that go ahead Jim called and was able to get an appointment for this morning.
After the awning was up and we had our showers, we headed out for Phoenix and the doctor’s office. (This is going to be a rant – just warning you.) We didn’t have to wait long to see the doctor. He came into the room, read the reports and said – I can’t help you. I need to refer you to a specialist. And that was it. I know doctors are busy. But this was beyond ridiculous. I’m trying to justify the fact that he doesn’t take the time to read the reports he gets before he’s  sitting in the office with the patient. But he could have so easily had his office call us and tell us he couldn’t do the surgery and needs to refer us to a specialist several days ago. I know that’s not feasible in this day and age but I’m still really not happy about it.
The specialist’s office called us to make an appointment and the earliest appointment we could get was July 15. Jim asked if there was another surgeon we could see sooner and we have an appointment on June 30. 12 more days of waiting.
And that’s it from AJ.
Posted by Jim and Sandie at 6:19 PM 26 comments: