(We met Joe back in February but I just read his book.) 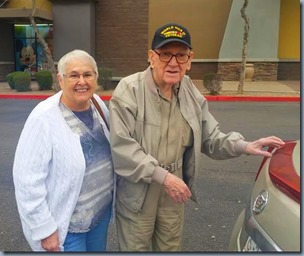 We were getting ready to go into PetSmart when we noticed this gentleman using his walker to push the dog food he bought out to his car. Jim stepped up and asked if he could help him load it into the trunk.

We visited with him about his dog for a few minutes than I noticed his WWII hat. I thanked him for his service and he then told us about what he did during the war in the Persian Gulf.

He was fascinating. What a story this man has to tell. His mission was to deliver war equipment and supplies to Russia through Iran. President Roosevelt knew that Russia could not fail in their bid to conquer Iran and stop them from coming to the aid of the Nazis.

Joe has written a short book (only 77 pages with lots of pictures) about his experiences. Because so little was known about this command, the Library of Congress asked him if they could put his book in their files.

He was a mechanic working to keep the big trucks and equipment running in freezing winter and the boiling summer. One day the temperature reached 136 degrees.

He said that it got interesting when they were making deliveries with the British used to driving on the left side of the road, the Americans on the right side, and the Russians down the middle.

He received the first Russian Medal for providing supplies to the Russians. He was presented with an award from President Clinton in the Rose Garden. He was also invited to go to Moscow to celebrate the 50th Anniversary of the “Victory in WWII.”

There is so much more to the story and I would highly recommend reading his very interesting story at the following link. 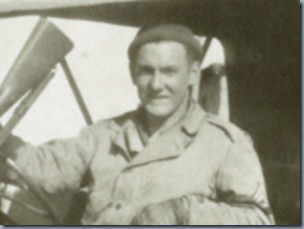 Thank you Joe for your service.