JOURNEY BACK THROUGH TIME

Margie, we did take the jeep tour along the floor of Canyon de Chelly and I am so glad we did. It was a great experience. 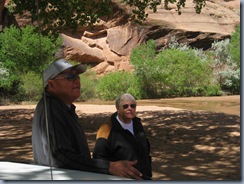 Because this is Navajo land and people still live in the Canyon, you cannot go into the Canyon without a Navajo guide. Our guide was JJ (Gerald) and I would hope anybody else who takes this tour gets him for a guide. He was raised for part of his boyhood in the Canyon living with his Father and his Aunt. He had marvelous stories to tell and so much knowledge. 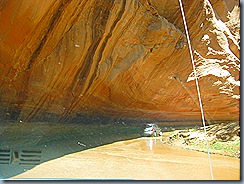 It was chilly and windy so we opted for the Suburban rather than the open jeep. Sure glad we did. Driving into the canyon you drive through the river bed off and on along the trail. You can take your own four wheel drive vehicle into the canyon with a guide in your car with you, but I’m not sure why you would do that. Pretty tough road on the vehicle. 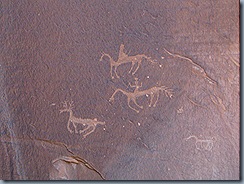 We took the three hour tour that takes you up to White House ruins and to Antelope ruins. They really do look different up close and personal than from the top of the rims. 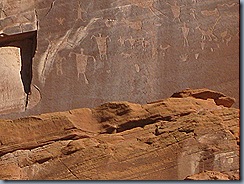 There are many petroglphys along the tour and JJ took the time to explain what they meant. At least as far as they have been able to determine what they mean. 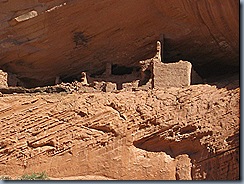 His Grandfather told him stories about the little people who lived in this canyon. The women were only about 4’ and the men were only about 4’6”. Grandfather always believed that these people still lived in the canyon back behind the walls but hid from all contact with others who came to the canyon. JJ’s ancestors came from the north, from the Bering Strait. On his mother side they were fishermen and on his father side, they were Eskimos and were hunters as well as fishermen. 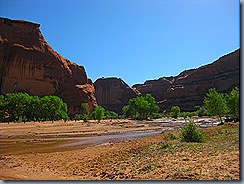 He also explained to us that the elders (both male and female) do not like to be called Navajo. They say that is a derogatory word and want to be known as Dine. (Can anyone tell me how to put the mark over the “e”?) 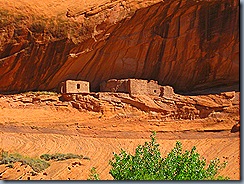 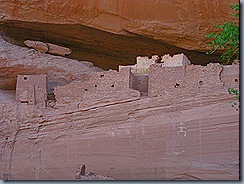 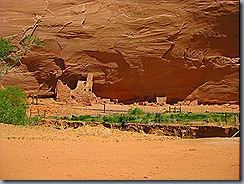 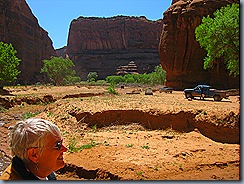 You can also take a longer tour that will take you all the way out to Spider Rock. Maybe next time.