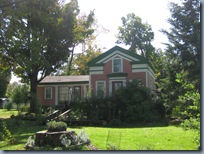 Sugar Grove, PA – Slaves who escaped from a plantation or farm in West Virginia made their way toward Canada along the western border of Pennsylvania.

. . . Home of Bebe Blodgett  - a member of the Female Assisting Society and the Ladies Fugitive Aid Society.

Many of them found refuge here in Sugar Grove where they could stay for a time in order to earn money and clothes before heading further north. 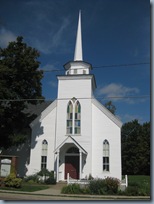 First Presbyterian Church – Organized in 1821 and used to hide slaves from bounty hunters. 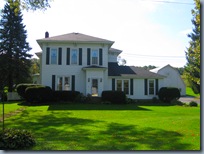 The Younie Farmstead which was the site of the 1854 Anti-Slavery Convention.

This area had many abolitionists and during the height of the Underground Railroad activity, the area was noteworthy enough to draw visits from Will Brown, Rev. J. W. Loguen, Sallie Holley, and Frederick Douglas who was the keynote speaker at the 1854 Anti-Slavery Convention held in Sugar Grove. Douglas referred to this meeting as “the crowning convention of them all.”

Escaped slave and the “real-life” George Harris in “Uncle Tom’s Cabin”, Lewis Clarke lived in this area for several years. 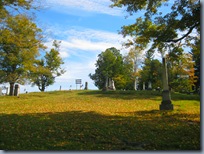 Cherry Hill Cemetery is the final resting place of many of the most prominent anti-slavery leaders including Dr. Heman Woodard, the area’s first African-American doctor.