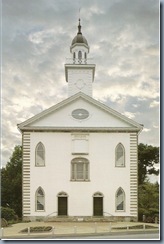 There is an excellent article at the following link which gives you the history of the building of the Kirtland Temple. Please take the time to read this short history. http://eom.byu.edu/index.php/Encyclopedia_of_Mormonism

Joseph Smith was commanded by the Lord in January of 1831 to build this temple. This would be the first temple built by the Latter-day Saints. 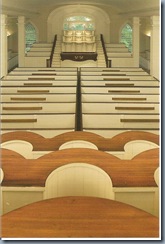 The members of the Church were very poor, so they gave of their time and talents to build the temple. The women did the sewing so the men working on the temple would have clothes to wear. They also gave up their china which was broken up and mixed with the stucco so the temple would sparkle in the sunlight. 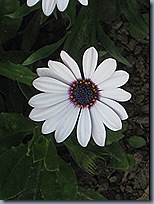 The design of the temple was revealed to the Prophet Joseph by the Lord and the cornerstone was laid on July 23, 1833. On the two main floors of the temple are two four-tiered pulpits. One on the west side and one on the east side which represent the office of the Aaronic and Melchizedek Priesthoods. 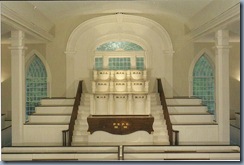 So many Saints wanted to attend the dedication ceremony that two actual dedications were held. One on March 27, 1836 and one on March 31. The hymn, “The Spirit of God Like a Fire is Burning” was written for this occasion. 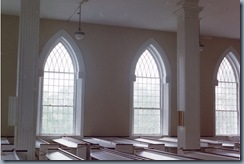 On April 3, 1836, the Savior appeared in the Kirtland Temple to Joseph Smith and Oliver Cowdery and said, “For behold I have accepted this house, and my name shall be here; and I will manifest myself to my people in mercy in this house” (Doctrine & Covenants 110:7)

Moses, Elias, and Elijah, prophets of old, also appeared at the temple and restored their keys of authority to Joseph Smith. 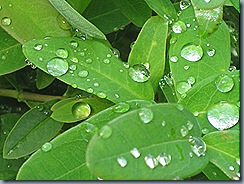 The temple had to be abandoned by the Saints when they were run out of Kirtland by the mobs. Today it is owned by the Community of Christ Church who has done an excellent job of refurbishing the temple.