WHITEHALL, NY – BIRTHPLACE OF THE US NAVY I am always pleasantly surprised at how many wonderful things there are to see in the small towns we find ourselves in.

Whitehall, NY is another one of those little gems. 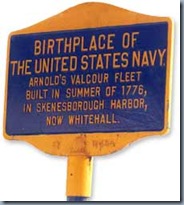 The village was founded in 1759 when a land grant was given to Captain Philip Skene of the British Army. The town was originally called Skenesboro and was the first settlement at Lake Champlain.It was one of two routes connecting English and French colonies. 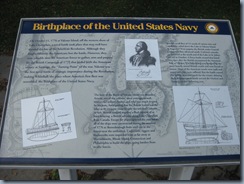 During the American Revolution, the village was captured by American forces in 1774. Benedict Arnold built a fleet of vessels to confront British forces at Valcour Island (thus the claim that this is the birthplace of the US Navy).

On May 9, 1775 Lieutenant Samuel Herrick, acting as an advance party for Ethan Allen's attack on Fort Ticonderoga surprised Major Skene and his small garrison. While he intended to use Skene's boats to ferry men across the lake, his party didn't arrive in time. 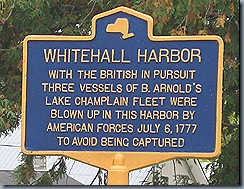 During the late 17th Century, the area was a staging ground for raids between English and French colonies.

During the War if 1812 the village was a ship building community supplying vessels for naval battles on Lake Champlain. 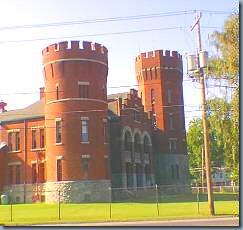 The armory (which was closed as was the town museum) is the location of some of Benedict Arnold's naval artillery.