While we were on the East Coast we wanted to take the time to visit Delaware, our first state.

Built to serve as a water tower, the Rockford Tower is made of stone, making it quite impressive. The tower is in Wilmington, DE. 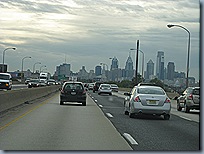 Since we were camped north of Philadelphia, that meant we also have to drive through Philadelphia. 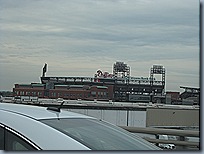 This was just a small reminder of why we no longer live on the east coast and why we love those wide open spaces out west. 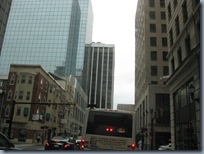 Following the American Revolution, statesmen from Delaware were among the leading proponents of a strong central United States with equal representation for each state. Once the Connecticut Compromise was reached—creating a U. S. Senate and U. S. House of Representatives—the leaders in Delaware were able to easily secure ratification of the U.S. Constitution on December 7, 1787, making Delaware the first state to do so.

We really didn’t spend much time here – too much traffic and we also knew Tropical Storm Nicole was headed our way and we wanted to get home. (Just ook at those gray skies.)