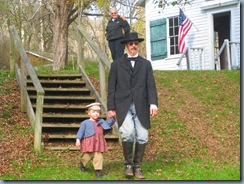 Old Mill Village is a museum in the Endless Mountains in New Milford, PA. The Mill is the site of several civil war battle reenactments and they were holding one the week-end we were there. 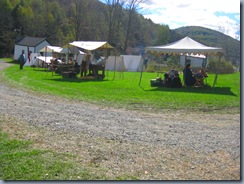 We thought this would be a lot of fun so we headed out. Of course, we got lost and finally had to ask directions. We had only made one wrong turn which isn’t too bad for us. 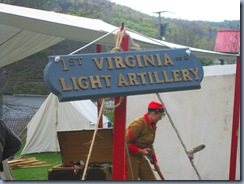 When we finally arrived we discovered that the actual battle reenactment would not be until late that afternoon so we wandered around and visited with the actors and listened to the music. 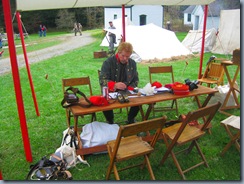 I found it strange that when I asked a couple of the actors which battle was being reenacted they weren’t sure and didn’t even know which side won this particular battle. They’re just there for the fun. If you can call staying in a tent in the rain and cold, fun.