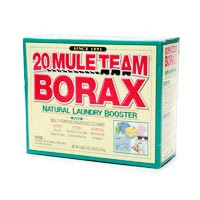 I remember my mom using this product for years whenever she did laundry. But I never knew that it came from Death Valley. 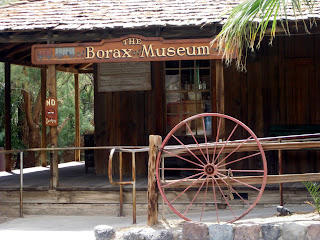 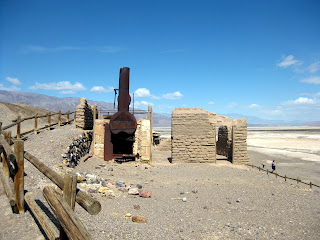 Borax was discovered in 1881 in Death Valley. In 1882 W. T. Coleman built the Harmony Borax Works. Chinese workmen gathered the 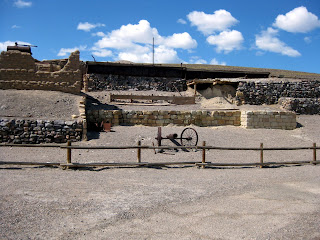 ore and the processed borax was transported 165 miles (a 10 day journey) by twenty mule teams to the railroad. The borax weighed 24 tons but the entire load (including the water they had to take with them) weighed 36 1/2 tons. 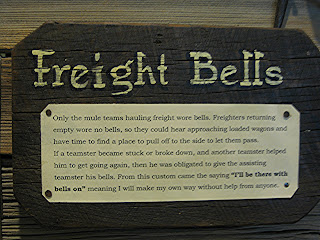 The twenty mule teams had to haul this load from 190 feet below sea level to an elevation of 2000 feet to get it over the mountains. The teams usually were 18 mules and 2 strong draft horses. The draft horses were needed to get the wagons rolling. 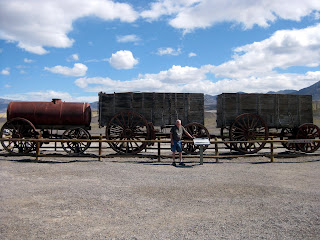 The Dance
Swinging the team around a curve in a mountain pass tested both driver and team: one mistake could spell death for all. To keep the chain going around the curve and not pull the team over the edge, some of the mules were ordered to leap the hain and pull at an angle away from the curve. These mules would step along sideways until the corner had been turned. Swinging a curve successfully was an awesome demonstration of training and teamwork.
Posted by Jim and Sandie at 8:50 PM