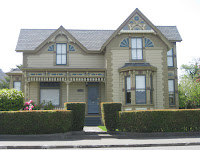 Ferndale, CA was settled mainly during the late 1800's which was the time of Victorian architecture. The town is now an historic site and has retained all of it's original charm as a Victorian Village. 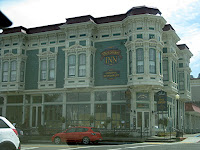 These buildings were also known as "Butterfat Palaces" because of the money that became available as the dairy industry grew rapidly. The creameries in Ferndale were extremely innovative and from them came the first sweet cream 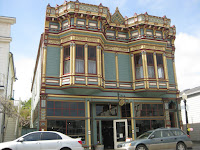 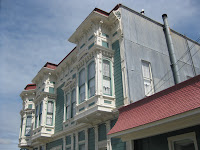 A delightful place to visit and wander through the shops. 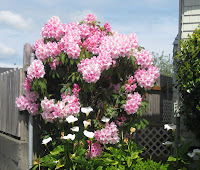 Several movies were filmed in Ferndale including The Majestic and Salem's Lot as well as a couple episodes of Star Trek.
Posted by Jim and Sandie at 12:11 PM