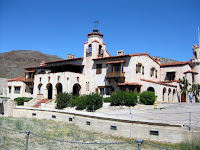 Located in northern Death Valley, Scotty's Castle offers a window into the life and times of the Roaring 20's and the Depression 30's. 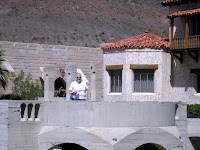 Walter Scott (Scotty) convinced everyone that he had built the castle with money from his rich secret mines. 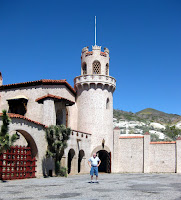 However, it was actually Albert Johnson who built the house as a vacation get away for he and his wife Bessie. Scotty convinced Albert to invest in his secret (fraudulant) mines and after several trips to Death Valley, Bessie decided the weather was good for Albert's health.

Scotty and Albert became great friends and Scotty is buried on the hill overlooking Scotty's Castle. 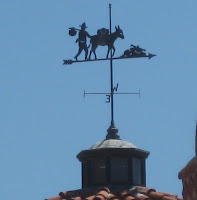 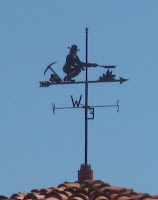 I loved the two weather vanes on top of the Castle.


Jim and I took a picnic lunch with us and there are several tables set up on the grass which we thoroughly enjoyed. 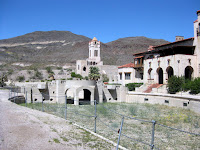 It's a good thing we took the lunch because the truck that brings up pre-made sandwiches that they sell, flipped over and they had to airlift the drive to Pahrump, NV. We found out the next day he was okay. But needless to say there were no sandwiches to be bought. 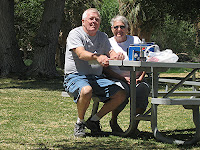