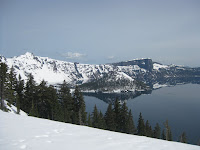 Yesterday we got up really early - 6:00 a.m. so we could drive up to Crater Lake. This lake was created when a volcano erupted and then fell in on itself about 7700 years ago. Rain and snow filled it up with some of the most pure water on earth.

Crater Lake is also the deepest lake in the United States, 1,943 feet. That's a lot of water. Between 1888 and 1941 the lake was stocked with 1.8 million trout and salmon but the lake has not been restocked since 1941. Because there is no water flowing in or out of the lake only a few of the fish have survived through reproduction. 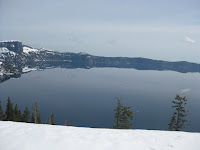 Crater Lake NP is also the only National Park in Oregon. Now having said all this, May is really not the time of the year to visit Crater Lake. 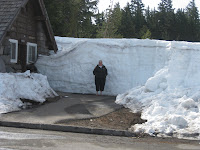 The middle of June would be a much better time. Notice all the snow!! They get 44 feet of snow on average up in this area and it takes a while for it to melt off. 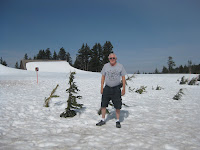 There was one place to see the lake and you had to climb up the snowbank to do that. But the lake was awesome. It would really be fun to come back sometime when there might be less snow and check it out again. 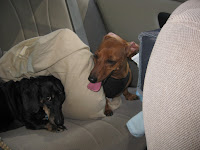 The girls loved going to the lake with us. We wore them out on the trails and Skitz climbed into the pillowcase to rest. 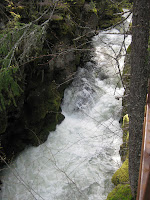 On the drive up to the lake we pulled off at the Rogue River Gorge and walked up to the river. This was the perfect time of year to see the river raging through the long narrow chute of a collapsed lava tube. What a spectacular 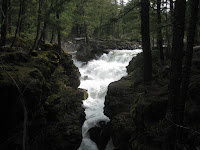 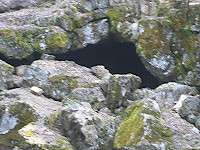 We also stopped at Natural Bridge but this was the wrong time of the year to see it because the water level is so high. When the water level drops, the water starts to flow through a lava tube behind the rocks and becomes a hidden river, leaving the bridge portion of the river uncovered.

A perfectly gorgeous day of sightseeing that was followed by a wonderful bbq get together with friends. Don and Natalie, their two daughers, 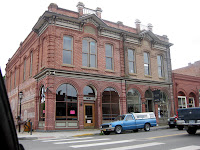 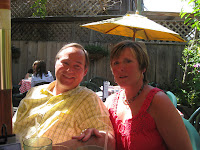 We were having such a good time, no pictures were taken. This picture is of Don and Natalie when we met them for lunch in Jacksonville, OR at the Bella Union. Great place.