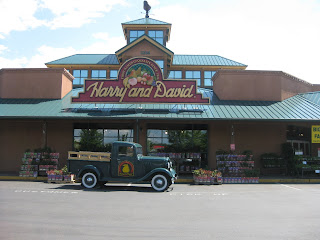 Today we took the tour at Harry and David which is headquartered here in Medford, OR. Friday is not the best day to take the tour because all of the workers are given this day off during their down season. 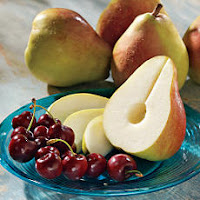 However, Jim and I were the only ones on the tour and Kay was a great tour guide. We got to see all of the buildings and the equipment that makes all their wonderful candies and goodies. They also grow their own pears (which are 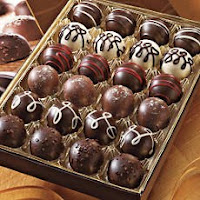 In 1910 Samuel Rosenberg traded the luxurious Hotel Sorrento in Seattle for 240 acres of pears in the Rogue River Valley.

He died in 1914 and his sons Harry and David took over the company. They were great businessmen who shipped their "Royal Riveria" pears all over the world.

During the Great Depression their market vanished and that's when they decided to sell their pears by mail and became the company we love to order from today.

I was amazed at how clean everything was including floors and walls. I mean it was spotless. Everything gleamed. And boy did it smell good. 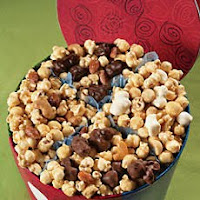 Kay told us we really need to come back and take the tour again in September or October when they are ramped up for their Christmas season. At the end of the tour you get wonderful goodies.


And with this post I am finally caught up with our travels.
Posted by Jim and Sandie at 10:03 PM