We made our move down to Mechanicsville, VA and that 33 miles just about wore Jim out. We are parked in Patsy and Tom’s driveway. I met Patsy when we were at a Country Jamboree at Bull Run. This was shortly after I met Jim and he decided to go fishing that week-end instead of spending the time with me. So I went to the concert with Randy. I finally figured out how important fishing was to Jim and forgave him. Never did date Randy again. Besides, Jim was a much better dancer than Randy.

Patsy and I just really hit it off and became great friends. She even lived with Jim and I for a couple of weeks so she became his “other” wife. Then she met Tom and the four of us had great times together. 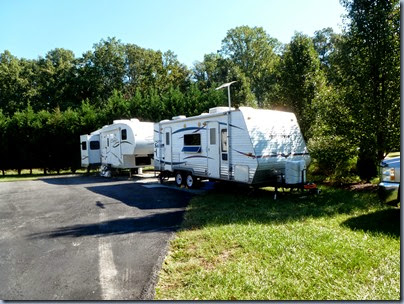 And now we are having more great times. Patsy had corned beef and cabbage fixed for dinner and we visited and caught up on family news and solved world problems. 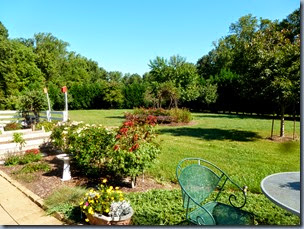 They have a beautiful home on almost two acres of land. Lots of trees and Patsy has a knack for making everything around her beautiful. Tom keeps busy officiating at volley ball games. They also bought a fifth wheel and took a trip out to Arizona but that was in August. They had a good time but said it was way too hot. I’m trying to convince them to give it a try during the winter months.

Skittlez running up the driveway – headed for Mom and the treats. 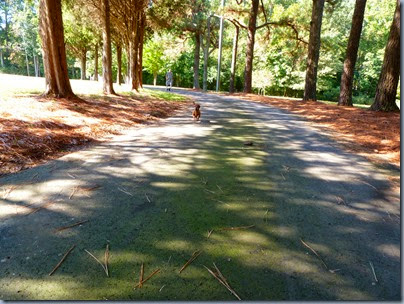 Scooter’s idea of heading for home. Let’s mosey up the drive way and see what else I can find to chase out here before I’m forced to go inside. 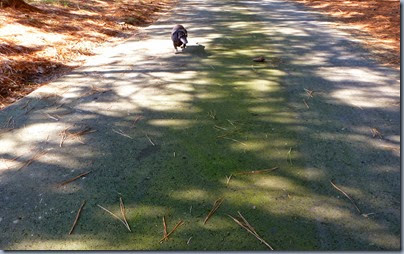 No harnesses or leashes and they couldn’t be happier. I tried to get another picture of Skittlez running to me. She just tears up the ground as fast as those little legs will go. Ears just a flapping. 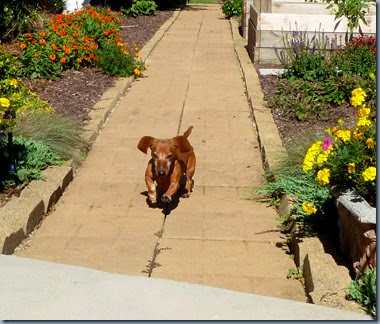 Friday we are going to visit one site I’ve wanted to go to for years. I am really excited.