On Sunday, my friend Linda, came down from Maryland to spend three days with us. She rented one of the cabins here in the RV park for a couple of nights. Per her request, there are no pictures of her in my blog. Linda was with me the night I met Jim so we’ve been friends for a long time.

After getting Linda settled we headed back over to Spotsylvania Courthouse Battlefield. There were four major Civil War battles fought in this area. We were able to make it to three of them during our stay here – Fredericksburg, Chancellorsville, and now Spotsylvania. The fourth was Wilderness. 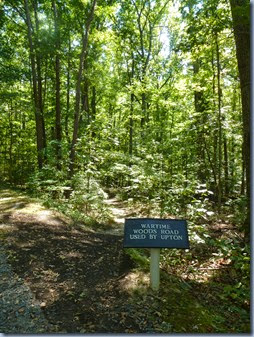 After the battle at Wilderness, both the Union and Confederate soldiers raced toward the crossroads at Spotsylvania Court House which controlled the most direct route to Richmond. Lee arrived first on May 8, 1864. The Confederates built a line they called the Mule Shoe Salient. 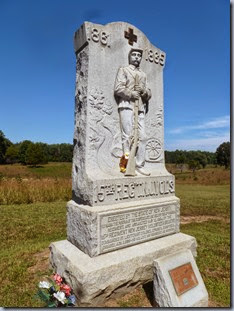 On May 12, Grant broke through this line and for the next 22 hours the two sides were locked in the war’s most intense hand-to-hand combat. Bodies piled up three, four, even five deep in the crimsoned mud and the area became known as the Bloody Angle.

The rifle fire was so heavy that a 22-inch oak tree was felled by the impact of bullets alone. One man had 11 bullets through the soles of his feet alone. Another was so mutilated that friends could identify him only by the unusual color of his beard.

This compass shows the distance to the battles fought throughout this area. 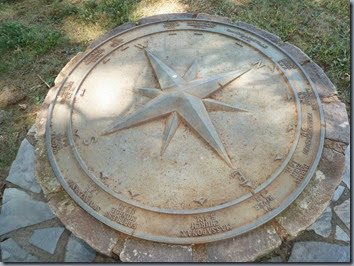 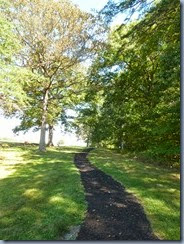 Grant had hoped for a decisive victory but Lee denied him that victory at Spotsylvania Court House. However, the Union troops destroyed huge numbers of the Confederate troops and with their dwindling numbers, the final surrender at Appomattox Court House was inevitable. We will be exploring Appomattox in about a week. 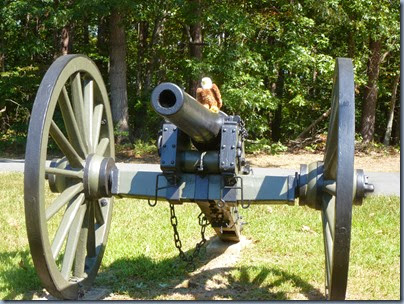