Monday, Linda, Jim and I headed out to Colonial Beach. Another trip down Memory Lane for Jim as well as an opportunity for more seafood.

Colonial Beach is on the Potomac River. Jim’s family used to own a place there and he spent a lot of week-ends with his Dad taking their boat out and fishing. Last time he was there was about 47 years ago. 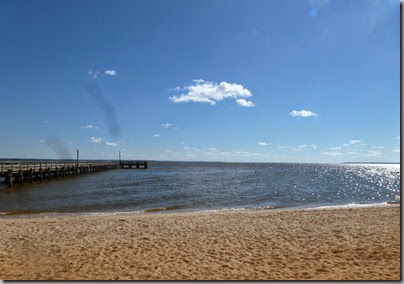 We walked out on the pier and Jim told us about the time he and his Dad were out in the boat and a terrible storm came up. You can see from the picture that this is a huge river. They were in a small boat and it took them two hours to get back to shore. Both of them were afraid they wouldn’t live to see land again. 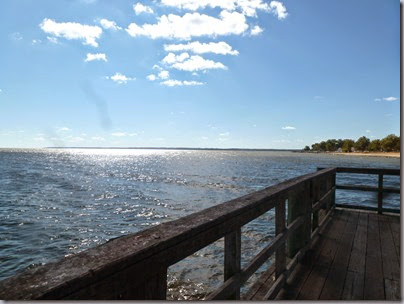 We drove all over trying to find that house but either it’s been added on to so much that it wasn’t recognizable or it’s been torn down.

This used to be a casino. Virginia doesn’t allow gambling so the owners built this place out over the low tide area which is actually part of Maryland and they did allow gambling. 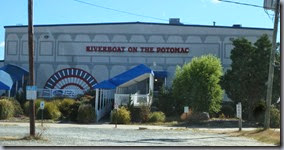 This is downtown Colonial Beach. It really hasn’t changed a whole lot in the last 47 years. 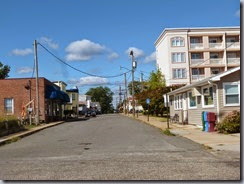 We stopped at a seafood market and bought four huge crab cakes and some shrimp which are now in our freezer. Jim stopped in a store and asked the clerk for a recommendation for lunch. He recommended Wilkerson’s in Potomac Beach. Jim remembered eating at Wilkerson’s when he was younger. Even after all these years, it is still owned by the same family. 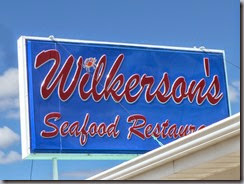 Linda and Jim each had the seafood lunch special – shrimp, oysters and a crab cake. I had the crab cake. Wish we had more time so we could go back again.