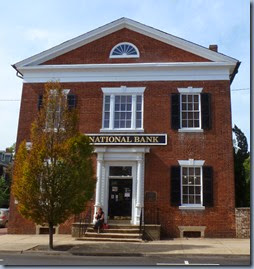 This is one of the oldest bank buildings in the Nation. It served as the Union headquarters during the occupation of Fredericksburg and is one of the few buildings to survive the Civil War. 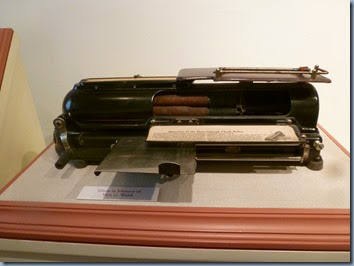 Originally built in 1820, Farmer’s Bank operated in this building until after the war, when it went under because all of the Confederate notes it held were worthless. 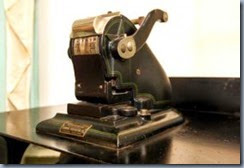 President Lincoln addressed troops and citizens from the building's steps on May 22, 1858. I get chills knowing that I stood in the same place that Abraham Lincoln stood. 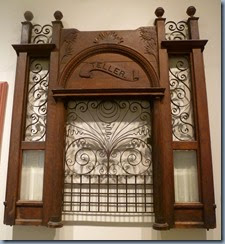 This is a small, free museum and Linda made a great comment. She said this museum really made her understand how banks were created. That is something I’ve never thought about either.  They are just always there and available.

I also didn’t realize that ATM’s have been around since the 1970’s. Lots of fun information. But if you don’t hurry, you won’t see these exhibits. In November the building is being vacated and is for sale. At this time they do not know where these artifacts will end up.