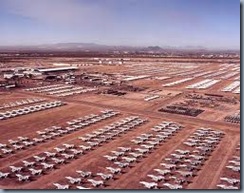 After leaving Benson we only had 47 miles to go to our next stop in Tucson. We were meeting up with Jeri and Terry and were going to park at Davis-Monthan Air Force Base. This is a first for us. (I love “firsts”) We had never parked on a base of any kind before. 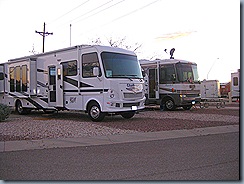 Since Terry is a veteran, he was able to get us passes to camp on base. Thank you Terry and all of you service men and women for your sacrifice. 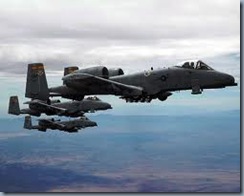 What a beautiful campground. We got to park right next to Jeri and Terry which worked out so well for Jim. They hooked us up into their TV system which offers about 500 different channels. We only have an antenna so this was a lot of fun for us. But most important was the fact that the final Nascar race of the season for the Championship was on Sunday. 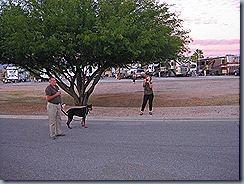 What fun it was to see Jeri and Terry again. We always have such a great time with them. And it’s a special treat to be able to pet Duchess again. She is such a lamb. 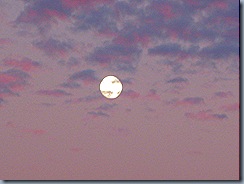 Isn’t the moon and the sky over our campground just gorgeous?

We arrived on Saturday and the base was pretty quiet. They do a 100% ID check and we had to have a special pass to get back on the base every time we left. Makes you feel very secure and safe.

Monday morning – Jeri and Terry forgot to mention that Revelry plays at 7:00 a.m. Very loudly over the outdoor speakers. Once my heart quit pounding, I thought that was really neat. Then in the evenings they play taps. What a great experience.