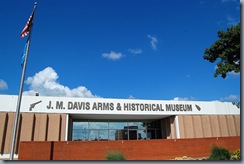 Claremore, OK – This is one museum that I decided to let Jim visit without me. I am not a gun person but Jim loves to see all the different kinds. The museum contains the "World's Largest Privately Owned Gun Collection". J.M Davis was given his first gun at age seven and by the time he died he had close to 14,000 guns. 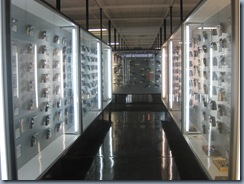 In 1917 Mr. Davis moved to Claremore, Oklahoma and purchased the Mason Hotel. By 1929, he had accumulated over 99 types of guns, and at that time he had begun to display his collection on the walls of the Mason Hotel. He collected items ranging from a 500-year-old Chinese hand cannon, to the worlds smallest manufactured gun. 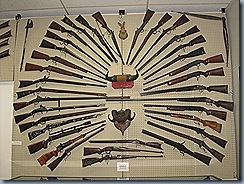 In 1965, J.M. Davis transferred ownership of his large gun collection to a trust, the J.M. Davis Foundation, Inc. The foundation then entered into an agreement with the state. In this agreement, the State was given the entire collection with the understanding that the State of Oklahoma would house, preserve and display the collection for the general public with no admission charge. 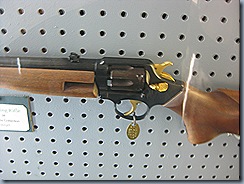 Within four years, the museum opened a modern 40,000 sq ft. facility to an enthusiastic public on Davis' 82nd birthday.