The Grand Canyon of Texas 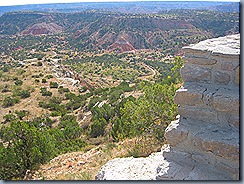 The Canyon is 120 miles long, as much as 20 miles wide, and has a maximum depth of more than 800 feet. Its elevation at the rim is 3,500 feet above sea level. It is often claimed that Palo Duro Canyon is the second largest canyon in the United States. 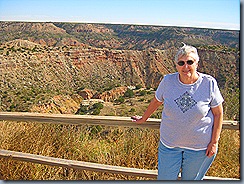 Early Spanish Explorers are believed to have discovered the area and dubbed the canyon "Palo Duro" which is Spanish for "hard wood" in reference to the abundant mesquite and juniper trees. 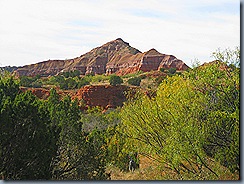 People have lived in the canyon for approximately 12,000 years. Early settlers were nomadic tribes that hunted mammoth, giant bison, and other large game animals. Later, Apache Indians lived in the canyon, but were soon replaced by Comanche and Kiowa tribes who resided in the area until 1874. 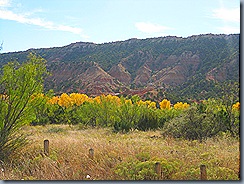 At that time, Col. Ranald Mackenzie was sent into the area to transport the Native Americans to Oklahoma. Col. Mackenzie and the 4th Cavalry were able to capture more than 1,400 horses belonging to the tribe. After keeping some of the best horses for themselves, the remainder were taken to nearby Tule Canyon and destroyed. Cut off from their only means of transportation, the Native Americans soon surrendered. 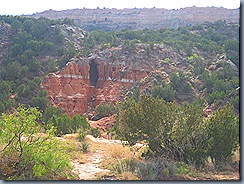 Once again, I took a ton of pictures and trying to pick the few to put on the blog is so difficult. This canyon is beautiful and full of lots of colors. 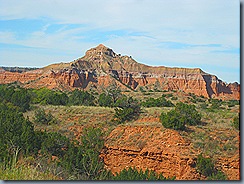 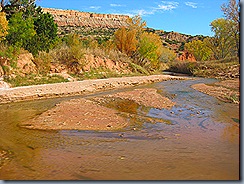 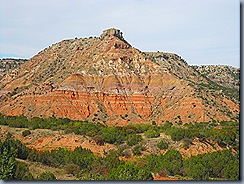