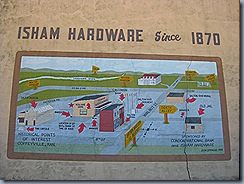 Coffeyville, KS – It was a sunny morning on October 5, 1892 when the Dalton Gang rode into Coffeyville with the intention of robbing two banks at once. The gang consisted of three Daltons – Grat, Bob, and Emmett as well as Bill Power and Dick Broadwell. 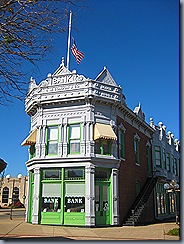 The Dalton’s were originally lawmen but discovered that the pay wasn’t very good and that by rustling cattle they could be a lot richer. From there they graduated to robbing trains and banks and became one of the most notorious gangs in western history. 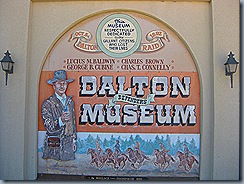 Robbing two banks at once was really appealing to the gang because this robbery was supposed to be their last. The gang had plans to head to Mexico with their loot and then retire.

The gang entered Coffeyville and turned down the alley (which is now known as Death Alley) and rode to the end of the block where they tied up their horses. Three of them entered the Condon Bank while the other two went over to the First National Bank. 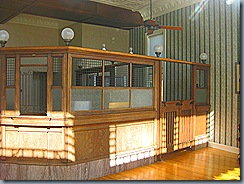 Inside the Condon Bank, the teller was stalling the robbers by telling them there was a timer on the safe that wouldn’t unlock for another 15 minutes. The Dalton’s decided to hang around and wait for the safe to unlock. (They were young and not real sharp.) As all of this was going on, a townsperson happened to look in the bank window and recognized one of the Daltons. He started to round up the town’s people to stop the robbery, 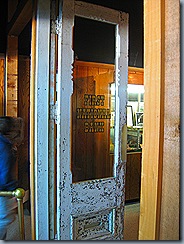 In those days, the people in Coffeyville did not wear guns, not even the town marshal. They ran to Isham’s Hardware to arm themselves and then began shooting into the Condon Bank. The robbers returned fire and injured several citizens. In the mean time, Bob and Emmett Dalton were coming out of the First National Bank when the shooting started. They immediately went back into the bank and exited out the back door. They ran as fast as they could towards the horses which were nearly two blocks away in the alley, killing Lucius Baldwin in the process. Two other citizens were also killed, George Cubine and Charles Brown. 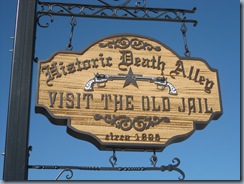 The three robbers in the Condon Bank decided to make a run for the horses. As they came out of the bank, Marshal Connelly stepped into the alley, looking toward the horses, and Grat Dalton shot him in the back. The gang was trapped in the alley with townspeople shooting at them from all directions. Grat and Dick died in the alley but Bill made it to his horse and headed out of Coffeyville only to fall dead from his wounds on the edge of town. Emmett made it to his horse and was heading out of town when he looked back to see Bob on the ground still moving. He turned around and rode back to rescue his brother but was hit with a double-barreled last and fell to the ground.

The gunfight had lasted no more than ten minutes, but eight men had died. Four gang members and four citizens. Emmett Dalton was the lone survivor. He was tried for murder and served 15 years before he was paroled and moved to California. 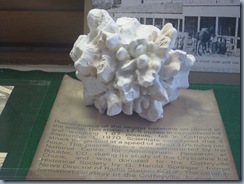 There’s a wonderful museum in Coffeyville in remembrance of the townspeople who died defending their banks and their town. Has lots of really neat things including a plaster replica of a hailstone that fell on Coffeyville on September 3, 1970. It weighed 1.67 pounds.