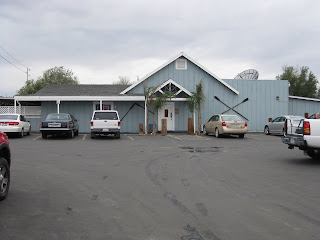 In the late 1970's Al Madden bought a bar in Quartzsite and with his sense of humor and active imagination going strong he decided to name it The Quartzsite Yacht Club. His motto was "Welcome aboard - long time, no sea!"

Jim and I decided to stop in and have some fish and chips for lunch. Really good halibut but rather small servings for the price you pay. That's when we found out more about the Yacht Club. 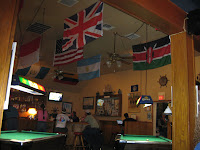 To get the ball rolling, Al sold memberships in the Yacht Club and he became an instant Commodore. Currently there are members from every state in the US and from countries all over the world. Including the Dixons. Our member number is 7587. 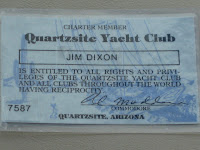 That makes it the largest yacht club in the world. 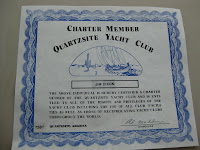 It's the only yacht club in the world located in the middle of a desert with no body of water in sight. And who knows - if an earthquake ever sends California into the ocean one day, the Quartzsite Yacht Club could end up as beach front property. 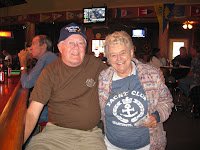 Miss Helen is the current owner of the Yacht Club and she personally issues all of the club memberships.
Posted by Jim and Sandie at 7:29 AM