In 1927, Carthage, Missouri, was proclaimed by the Carthage Chamber of Commerce as "The Open Gate to the Ozarks" and the guide book pictured extolled the "Little City Among the Trees" as one of the finest places to live due in part to its beauty of setting and architecture.
In 1842, Carthage was laid out as the county seat of Jasper County with a public square surrounding a simple frame courthouse. By the next decade, a brick building for the county government was constructed and stood until destroyed by years of guerilla warfare during the Civil War. 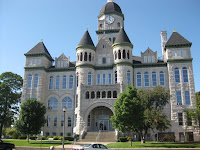 Like that 1854 brick courthouse, the thriving town of Carthage was destroyed by war, too. When new and former inhabitants returned in late 1865 and 1866, all they found was "a haunt for wolves and owls". 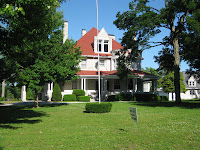 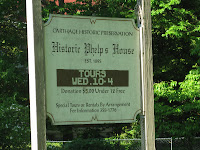 By the mid-1880s, Carthage had a foundry, furniture factory, two woolen mills, 4 grain mills, a pottery, a brick manufacturer, a plow works and numerous liveries, agricultural implement dealers and regional wholesalers of clothing, groceries and hardware goods. But by the late 1880s Carthage discovered her greatest wealth lay underneath her in deposits of limestone, lead and zinc. Through these gifts from the earth, Carthage soon became one of the most prosperous towns in the state and became known as the Queen City of the Southwest. By 1900, Carthage had approximately 12,000 inhabitants and over one hundred business and industrial concerns. 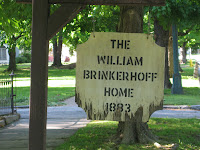 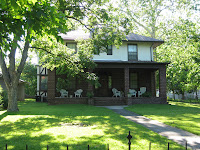 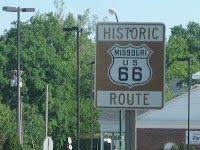 Carthage, Missouri is a distinctive old Route 66 town. There's a lot of the old Mother Road left here too. As Route 66 winds its way towards Carthage the tower of the courthouse can be seen from miles away. The downtown district around the courthouse is a picturesque plaza filled with small shops, antiques and art galleries. In many ways it will take you back one hundred years to the splendid age when Carthage had more millionaires than any other town in America at the time because of the lead and zinc mines. Today their mansions and Victorian homes offer us a glimpse of the wonder of those times. 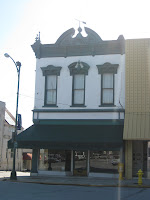 The famous Carthage Marble is the only true gray marble found in the United States. Another claim to fame that Carthage can be proud of is that it was also girlhood home to Belle Starr, the famous albeit notorious "Bandit Queen." Before the Civil War she spent her younger years at her father’s hotel that once was located on the north side of Carthage’s court house square. 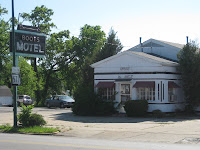 Route 66 winds its way through Carthage about a block from the Town Square. Along its corridor stands the famous Boots Motel. Arthur Boots established the Boots Motel in 1939 "At the Crossroads of America." For its time it was indeed thoroughly modern with a radio in every room, tile showers, floor furnace with thermostat control, air conditioner and garage. It is said that Clark Gable even stayed here once.

In 1946 just across the street from the Boots Motel Arthur Boots built a drive-in that offered fountain service and "Breakfast at any hour!" The drive-in thrived throughout the 1950s along Route 66 but declined after the Interstate bypassed Carthage. The drive-in closed in 1971 but the building was preserved. Today it is a bank, but if you look closely you can still see the telltale lines of a classic diner hidden underneath the stucco finish. 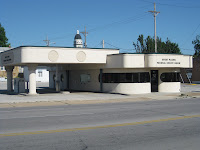