Neil Armstrong was the first man to walk on the moon on July 20, 1969. He uttered the words "That's one small step for [a] man, one giant leap for mankind."

Neil was born in Wapakoneta and graduated from high school there. 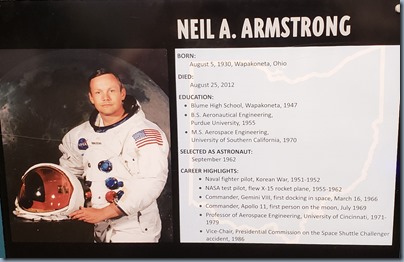 The museum was only about 20 miles from us so we decided to check it out. It was really interesting and I learned a whole lot.

Not a real good picture because of being overcast but that dome that you see is a theater in the middle of the museum. We didn’t stay for the movie showing the moon landing because the pups were out in the truck. 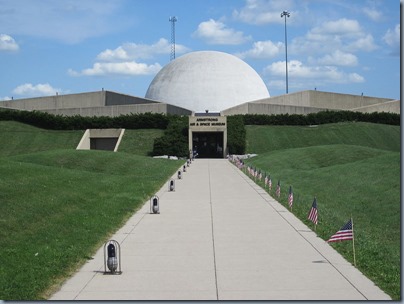 Even as a child, Neil loved rockets, science and space. 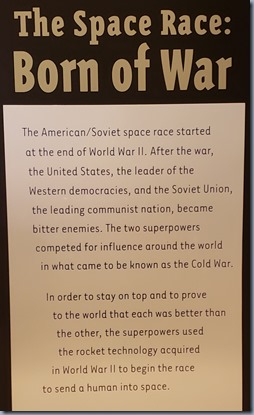 My very own spaceman.

The Russian Cosmonauts led the way into space. Yuri Gagarin became the first human to go into space on April 12, 1961. He completed almost one full orbit before returning to earth. Valentina Tereshkova became the first woman in space.

John Glenn was also from Ohio. He became the first American to orbit the earth on February 20, 1962.

This Gemini capsule was Neil’s first spacecraft. He and David Scott conducted the first space rendezvous and docking in 1966. This capsule is really a whole lot smaller than we thought it would be. Very cozy and you had better like your partner. 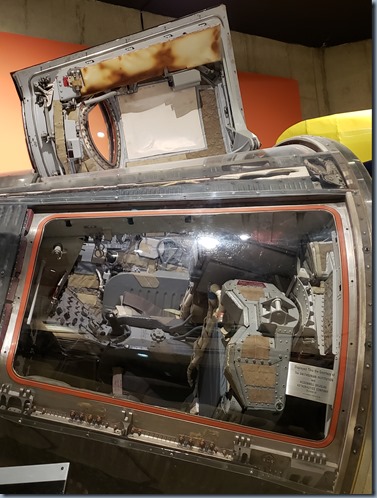 This is the Gemini spacesuit that Neil wore for 11 hours until the crew splashed down in the Pacific.

Jim tries his hand at docking 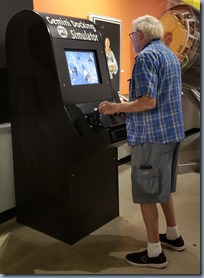 Even though everyone knew that space pilots could die, no one expected the first tragedy to be on the ground. Gus Grissom, Edward White, and Roger Chafee lost their lives during a preflight test at Cape Kennedy. The astronauts were sitting in the command module doing the usual power tests. A fire suddenly filled the cabin and poison gases suffocated the crew immediately. 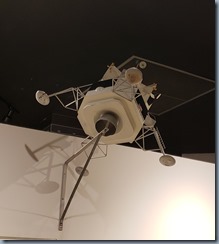 This food does not look appetizing in the least. 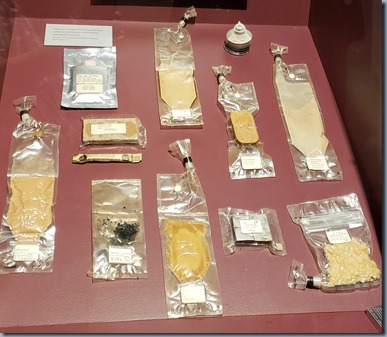 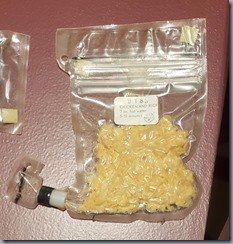 Neil and the crew brought back this moon rock. 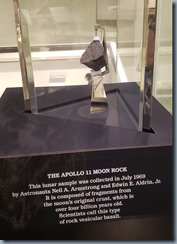 Taking a walk among the stars in the Infinity Room

In later years the food got a little better.

They specially designed Pepsi can for use on the space shuttle, contains a propulsion containment pouch that allows it to operate in zero gravity.

This is a 1:4 scale working model of the Mars Curiosity Rover. The model was built by engineering students at the university.

These two future lady astronauts were at the museum while we were there. They were enthralled with everything they saw and just a delight. 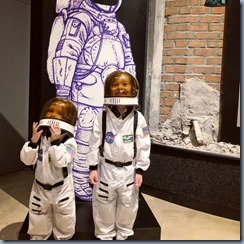 A beautiful painting of a magical moment. 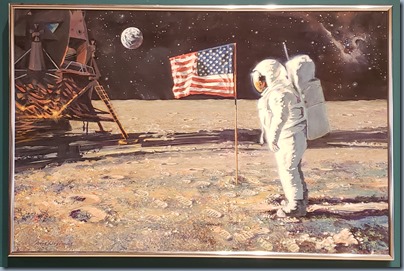