After saying goodbye to Todd we left Billings and 226 miles later we arrived at Stoneville Saloon and RV in Alzada, MT. Alzada is in the far southeast corner of Montana. I wanted someplace to sit out the holiday weekend away from the crowds and we found it.

This is our kind of place. In the middle of nowhere. A five site RV park and we’re the only ones here. Full hookups for $15 a night. And some of the best French fries we have had in a long time. But you don’t want to order a PB&J.

Not the best picture with the sun so bright.

Alzada is not incorporated and only has about 88 residents. One of those residents is Diane Turko who owns the Stoneville Saloon. The Saloon looks pretty much like it did in 1877 when Lou Stone built it.

As the story goes the old saloon is steeped in history. In Alzada’s early days, cattle rustlers and the horse thieves operated at will, much to the exasperation of ranchers. The most notorious and boldest outlaws were the Exelby Gang. Starting in 1877, the gang rustled for several years. Their dastardly career ended with the 1884 Shootout at Stoneville.

The Saloon is an eclectic assortment of antique and funky. Diane definitely fits in with the atmosphere of the place. Notice the sawdust.

There is not much to the town. There is a school and a gas station. It’s about two miles from the Wyoming state line. 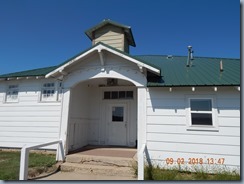 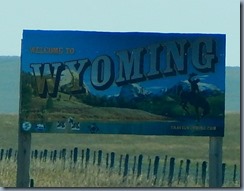 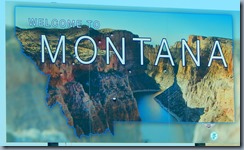 Saw some interesting looking cattle. Not sure if they are Brahma’s or not. 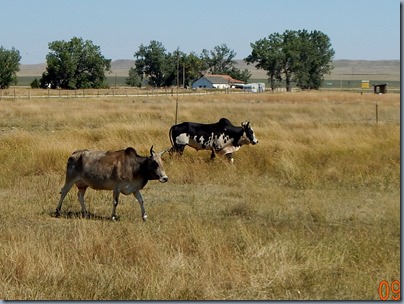 We were going to drive out to the ghost town of Albion but it ended up being 20 miles on an road that wasn’t really a road so we turned around and came home. 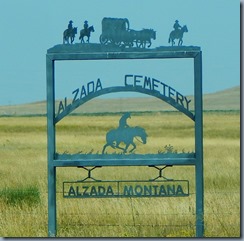