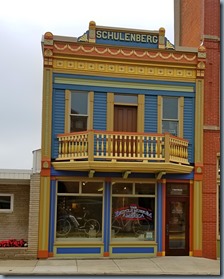 We really weren’t sure what to expect from a bicycle museum. But decided we’d give it a try. We were pleasantly surprised at this treasure of a museum.

Now I have a major problem. We took over 100 pictures and I love every one of them. So this post and the next one are going to be bicycle pictures. This place has over 300 bicycles on display and has over 1000 bicycles that they rotate through. Just incredible.

The Draisine – Invented in 1816 in Germany. Draisine translated as running machine. The rider would propel the bike by running it down the road. It is considered to be the first bicycle. 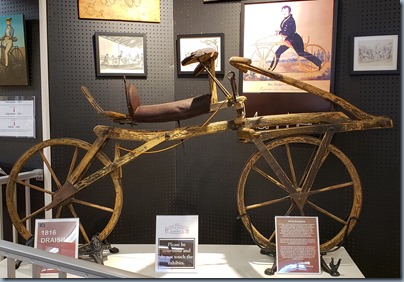 The Rex – Built in Chicago. The purpose of the small third wheel was an attempt to create a more comfortable ride by using a leaf spring suspension system. The concept never caught on. 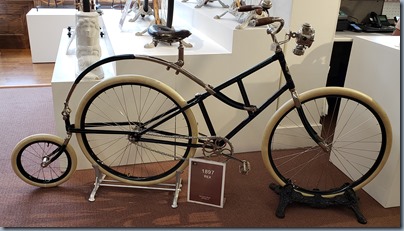 1890 Three Wheel Highwheel –The handlebar steers the front and the back wheel simultaneously. 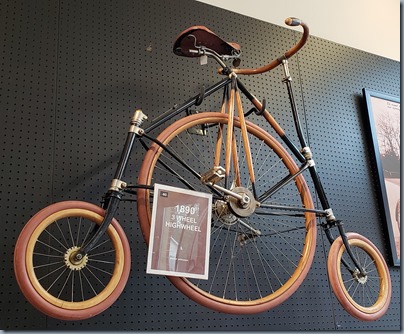 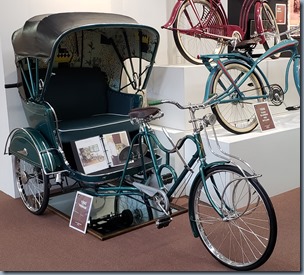 1898 Cygnet – This “swan” featured a unique looped frame, which was said to be advantageous over the traditional diamond frame design because of its shock absorption ability. There are less than ten known Cygnets in the world. 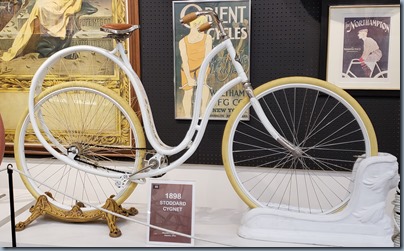 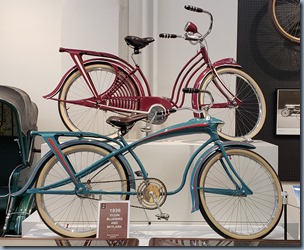 1897 Punnett Companion – side by side set up with only two wheels. Balance became a big problem especially if the riders were not the same size. 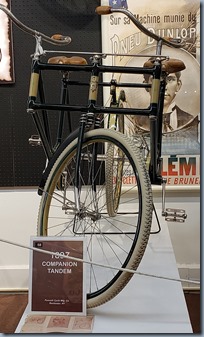 1890 Iver Johnson Rover – introduced the chain-drive which allowed for equal size tires and a safer ride. 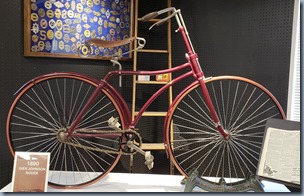 1898 Orient Chainless – uses a shaft drive, with sets of gears at the crank and rear wheel. 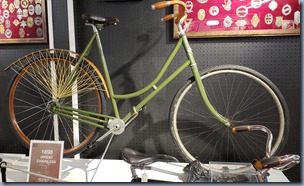 Yes, it is a bicycle. 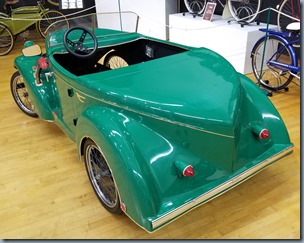 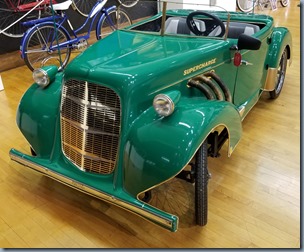 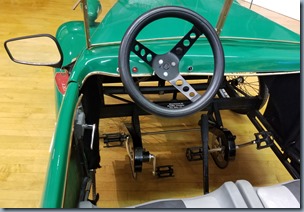 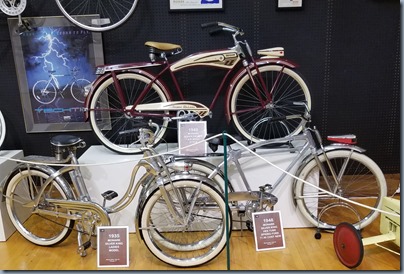 1896 Columbia Model B Army Bicycle – notice the machine gun mounted on the bike. 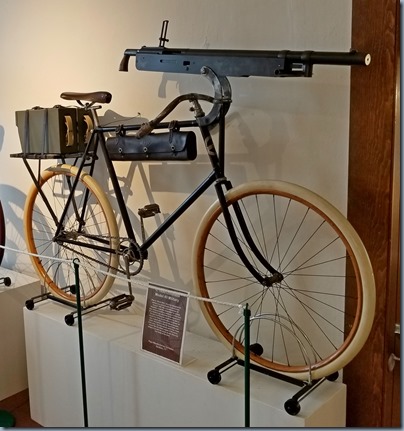 That’s enough pictures for one post. I’ll finish up in the next one.