Jim’s ready for take off. 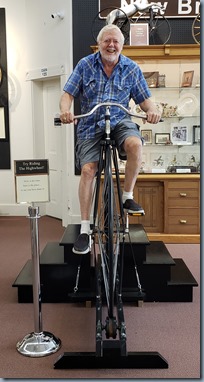 1892 Telegram – The front hub contained an internally-geared drive which turns the wheel two times with each turn of the pedal. It was the last of the geared front-drivers. 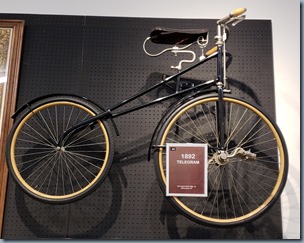 1880 Otto Dicycle – incorporates crinkled spokes into its large wheels for shock absorption. This Dicycle is the only example in the United States. 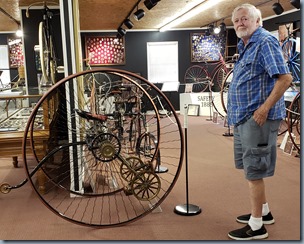 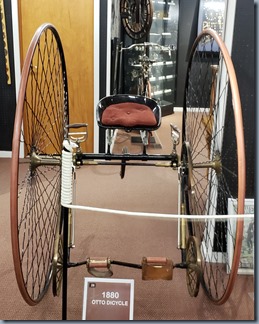 1910 Dursley Pedersen – developed by a Danish inventor and featured a comfortable hammock seat, with a truss style frame and skirt guards. 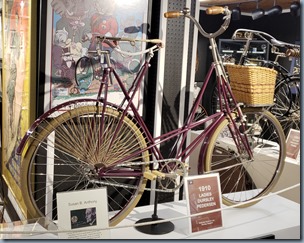 1944 U. S. Army Restored Original Military Bicycle – WWII bike used to provide transportation for personnel engaged in dispatch or messenger service. Of course, they were also used for many other purposes. 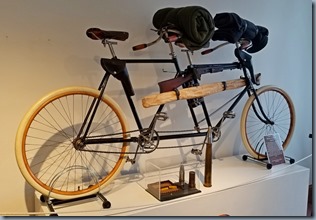 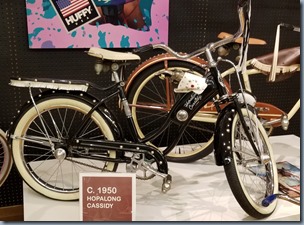 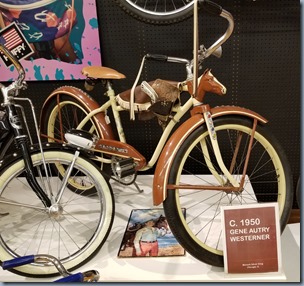 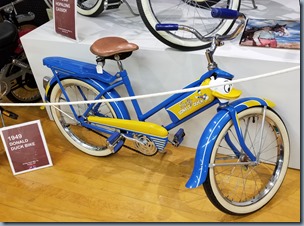 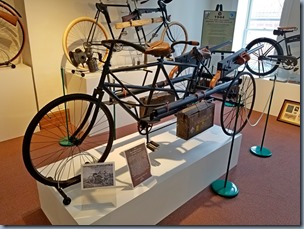 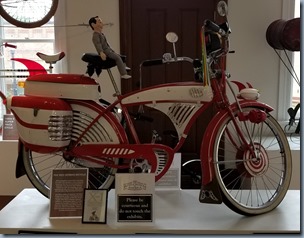 You will definitely need a tap and dye set. 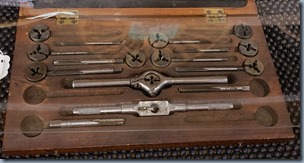 And a few ball bearings.

1901 Ice Bicycle – The Wolff-American uses a studded rear tire and front ski to glide through snowy and icy conditions. 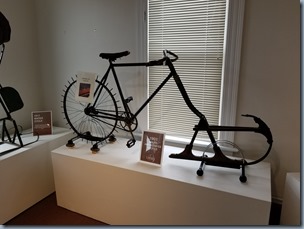 This gives you just a small taste of what is available at this museum. Definitely worth your time to stop. 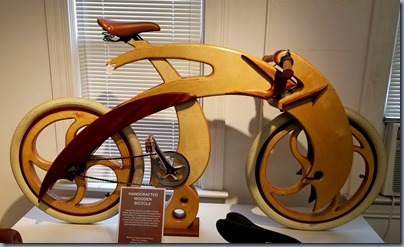