Most of the work was done by Irish, French, and German immigrants who worked for 31 cents a day and a jigger of whiskey. 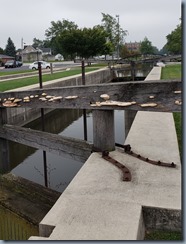 Lock One North is located next door to the bicycle museum. It was constructed of white oak and was replaced in 1910 using concrete. It was rebuilt in 2006 when the concrete was poured using forms specifically designed to replicate the wooden planks used in the 1910 lock. 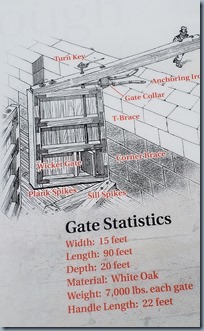 There are 105 locks used to raise and lower boats traveling between Lake Erie and the Ohio River.

An interesting quick stop to see a part of our country’s history.

Our next stop was the Ohio Glass Museum. We were disappointed because their furnace was under repair so we did not get to see any glass blowing.

But we did get to watch a bead making demonstration which was interesting. That really takes a steady hand and a whole lot of patience. 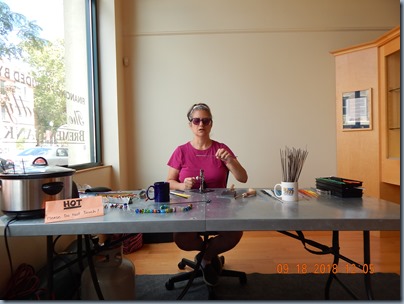 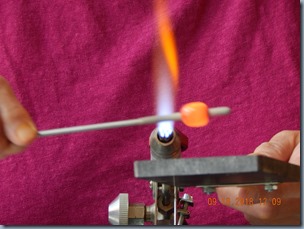 We didn’t get to see our bead as it had to sit in vermiculite for 24 hours. 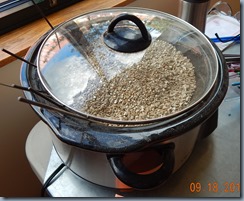 They had some really beautiful displays – the theme was Red, White, and Blue. 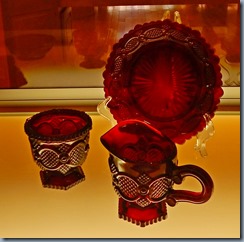 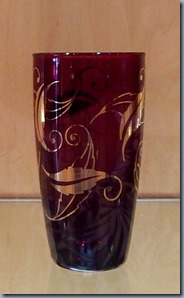 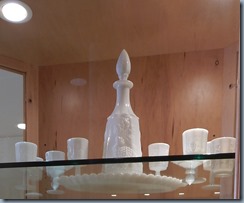 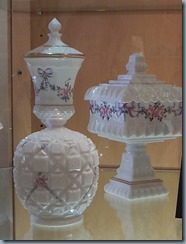 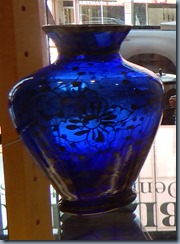 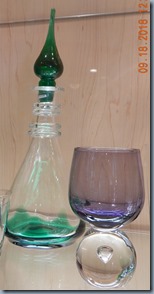 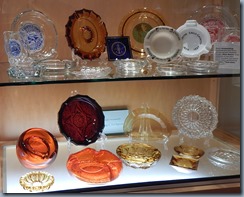 And coca-cola bottles? Here’s one of the molds used to make them. 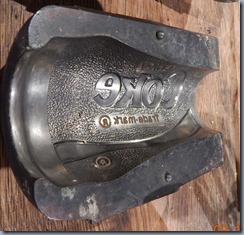 The docent was very knowledgeable. Her father, father-in-law, and husband were all glass blowers for many years.