Marcie and Brian told us we really needed to stop in Guernsey and see the ruts that were left by the wagons of the pioneers. I found a city park, Larson Park, campground for $20 E/W. The campground is 1/2 mile from the ruts and 1 1/2 miles from Register Cliff. 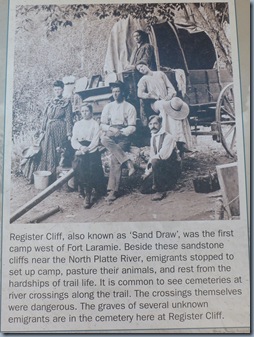 Register Cliff is a sandstone cliff that was a key landmark used by pioneers to verify they were on the correct path up to South Pass. Many emigrants chiseled the names of their families in the soft stone of the cliff. An estimated 500,000 emigrants used the Oregon Trail, the California Trail, and the Mormon Trail through this area from 1843-1869 with up to one-tenth dying along the way. 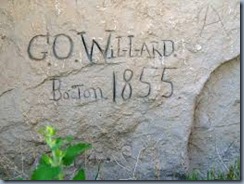 The earliest signatures date to the late 1820s when trappers and fur traders passed through the area, but most of the names visible today were carved during the 1840s and 1850s when the Oregon Trail was at its height. 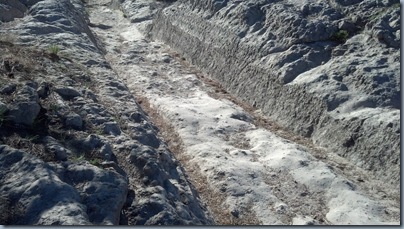 The sandstone rocks near Guernsey tell the story of the wagon trains of emigrants headed west in the mid-1800s. The trail ruts are carved into the stone. Some gouges are more than four feet deep! 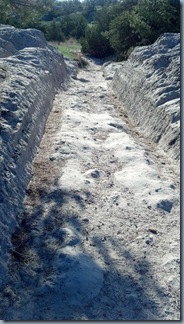 The first recorded use of this route was in 1812, when Robert Stuart and six companions returned to the East from the mouth of the Columbia River. The 1841 Bartleson-Bidwell party is generally recognized as the first wagon train of settlers to use the trail. And thousands followed in the next few years. The Oregon Trail soon became a clearly defined and well-used road. The Oregon, California, Mormon and Pony Express Trails followed this same route. 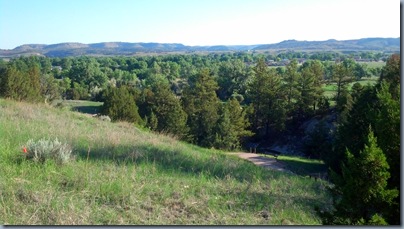 I am always humbled when I walk these paths where the pioneers traveled. I cannot imagine pulling a hand cart or traveling in a wagon with a team of oxen or walking all these long hard miles. In all kinds of weather. Many dying along the way. Some were motivated by greed heading for the gold fields, but most were just looking for a better way of life.