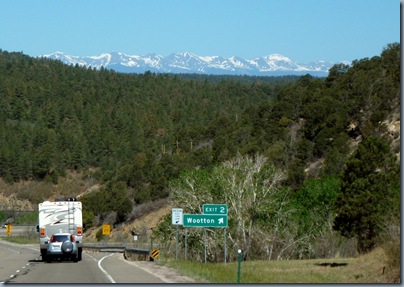 On Friday we were going to move up to Storrie Lake State Park near Las Vegas, NM. Barbara and Katie were camped there and we really wanted to meet up with them. It’s been awhile since we met up in Quartzsite in 2012.

Watching the news we saw that a fire had broken out north of Pecos, NM. I then get an e-mail from Barbara stating that the wind is blowing the smoke from the fire over to where she is camped and she is getting ready to move north. There is no way Jim could be anywhere around that smoke with his lungs. He was having some trouble with the high altitude in Santa Fe.

Barbara actually ended up going south after trying out a couple of other parks and we decided to get an early start to out run the wind one more time. We ended up at Cedar Rail RV Park at the top of Raton Pass. A couple of pictures of our view from there. 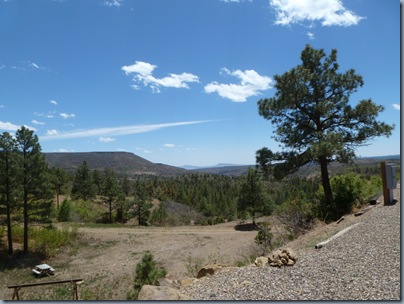 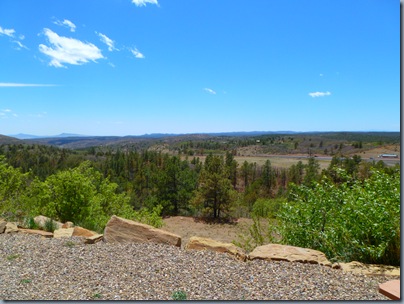 There were more hummingbirds in this area than we have ever seen before. Jim decided it must be a hummingbird highway. My pictures of birds are so pathetic. So this is it. 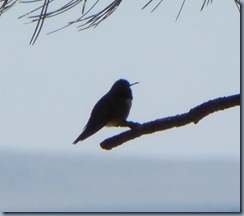 Got set up and the wind started to blow. Those poor firefighters are not getting a break to get the fire under control.

Saturday we drove to Pueblo West, CO. We stayed at a Passport America campground – Haggard’s RV Park. $13.50 a night for full hook ups. This place has gotten some bad reviews on RV Parks Review and I don’t think it is anywhere near that bad. It is definitely out in the middle of no where and the sites are dirt. There is a pool but not much else. The views of the mountains are wonderful and it is quiet and peaceful. We would definitely stay here again.

Sunset out our door. 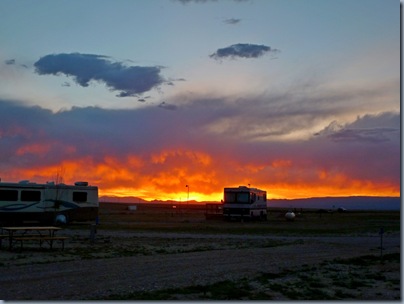