We arrived in Brush yesterday morning and pulled into the Brush City Municipal Park Campground. 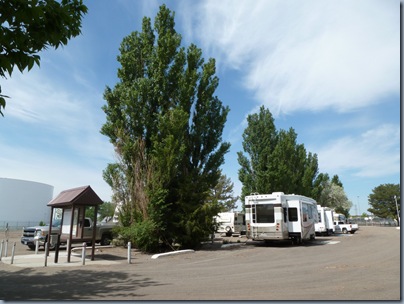 Your first night of camping is free and then it’s $20 a night. They offer 12 electrical hook ups – some 30 amp and some only 20 amp. They also have water available. 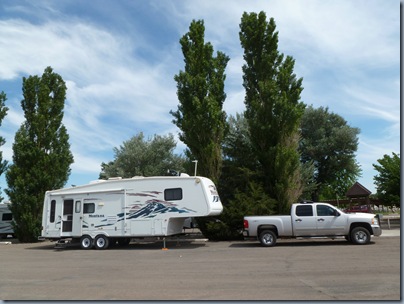 But you need to get here early because it fills up fast. Lots of folks stop for the one free night and then move on the next day. We are staying two nights. 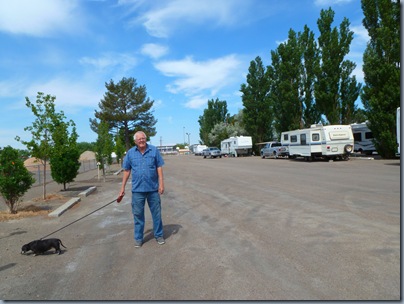 After all the going we’ve been doing it’s been really nice to take it easy.

But taking it easy doesn’t mean that we don’t check things out.

Fort Morgan is only ten miles up the road and I found out that Glenn Miller spent his childhood and graduated high school from there. The museum has a section dedicated to him so we had to check it out. 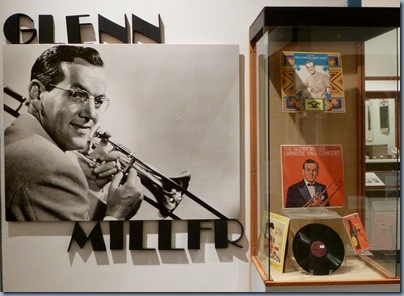 Glenn was born in Iowa on March 1, 1904. His family moved around quite a bit and finally settled in Fort Morgan in 1918. During that time Glenn discovered his love of the trombone and writing music. After graduating from high school he attended some college but dropped out to pursue his music career. 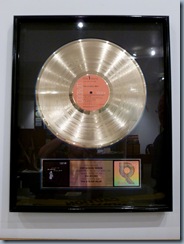 After many set backs he finally developed the sound that would make his orchestra one of the best known dance bands in the country. Glenn received the very first Gold Record ever presented by RCA when his record, Chattanooga Choo Choo, was the first record in history to sell over 1,000,000 copies.

WWII changed many lives including Glenn’s. He decided that he needed to serve his country even though at the 38, this was easier said than done. He finally got his commission in the Army Air Corps in 1942. He continued to perform and organized an Army orchestra. 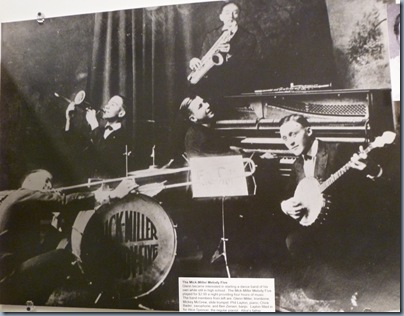 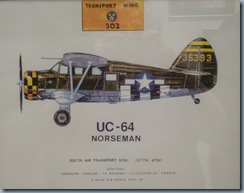 On December 15, 1944, Glenn was to fly from the United Kingdom to Paris, France, to play for the soldiers there. His plane (a single-engine UC-64 Norseman) departed from RAF Twinwood Farm in Clapham, on the outskirts of Bedford and disappeared while flying over the English Channel. No trace of the aircrew, passengers, or plane has ever been found. Glenn’s military status is missing in action.  Nobody knows for sure what happened to the plane but there are many different stories and theories about it.

Also in the museum was a soda fountain with a neat old jukebox. 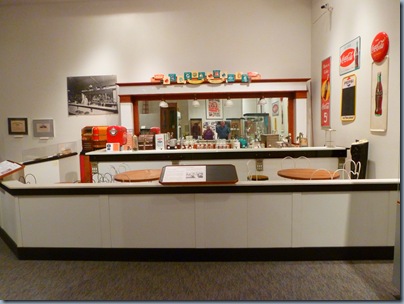 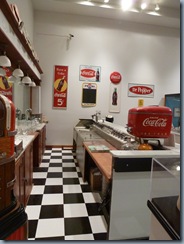 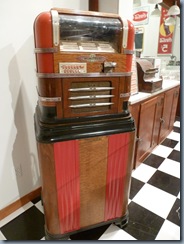 Anybody know what this is? It’s a corn sheller. One ear at a time. 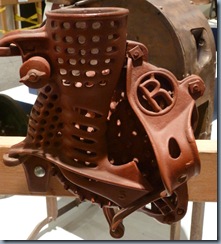 This privy is a WPA Fly-Tight Privy. 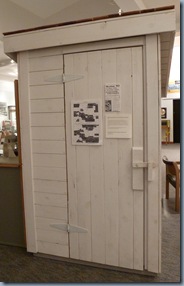 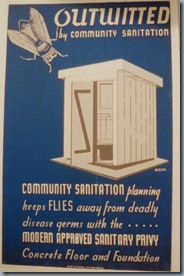 To complete our visit to Fort Morgan, we stopped at the Rainbow Arch Bridge over the South Platte River. When this bridge was built in 1923, it was the longest Arch Bridge in the world. 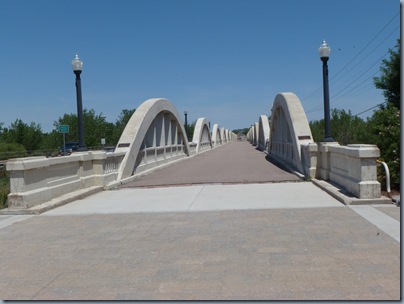 A bright spot of color to end our visit. 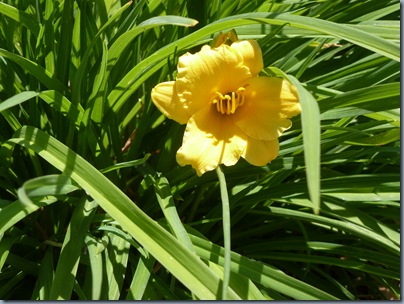