The Center for American Values is located on the Pueblo Riverwalk. Their mission statement is: To honor the extreme sacrifices made to help sustain America’s values and to ensure these extraordinary actions are preserved … forever 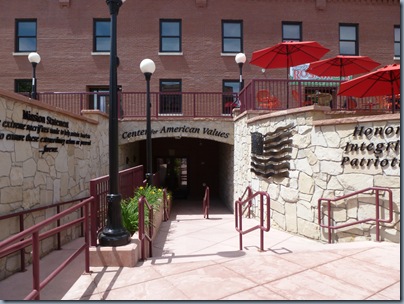 Pueblo is known as the Home of Heroes. They have the unique distinction as being the home of four Congressional Medal of Honor recipients. President Dwight D. Eisenhower once remarked, after bestowing the Medal of Honor upon Raymond G. “Jerry” Murphy, “What is it in the water out there in Pueblo … all you guys turn out to be heroes.”

There is an extraordinary collection of portraits and documentation of over 140 Congressional Medal of Honor recipients. 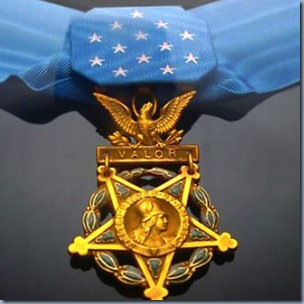 The Medal of Honor is the highest award for valor in action against an enemy force which can be bestowed upon an individual serving in the Armed Services of the United States. 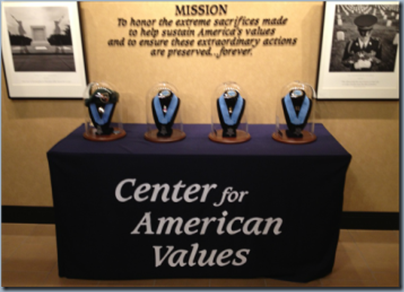 They have a ten minute video with Brian Williams explaining the Medal of Honor and then interviews with recipients. The walls are covered with the photographs of over 140 recipients along with the quote or motto that best described their creed.

This was one of my favorite. 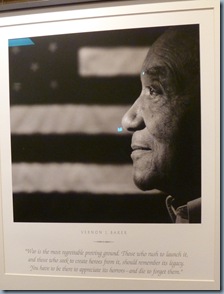 War is the most regrettable proving ground. Those who rush to launch it and those who seek to create heroes from it, should remember its legacy. You have to be there to appreciate its horrors, and die to forget them.

If you are ever in Pueblo, please take the time to visit this tribute to American heroes.