We visited three churches in downtown Santa Fe. They are incredibly beautiful and definitely worth taking time to see. 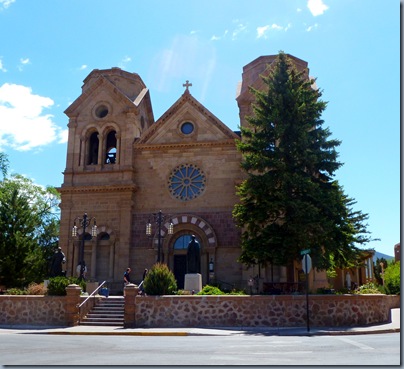 This cathedral was built by Archbishop Jean Baptiste Lamy between 1869 and 1886. 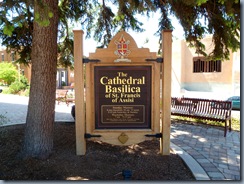 St. Francis of Assisi – I’m not Catholic but he is my favorite Saint because he is the patron saint of animals. 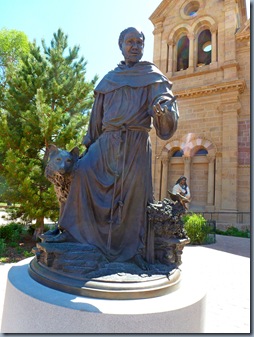 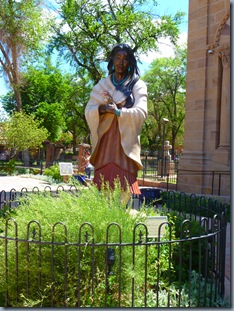 Kateri Tekakwitha (1656–1680) is the first North American Indian to be beatified, and was canonized in October 2012. She was an Algonquian-Mohawk woman of New York State. 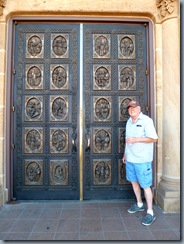 During the restoration of 1986, new doors were created, each with ten bronze panels that portray events in the history of the church in Santa Fe. 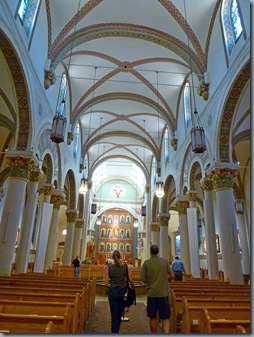 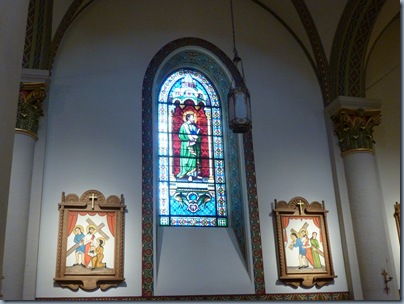 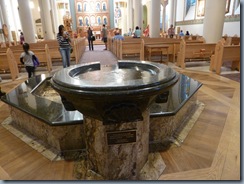 The baptismal font is in the center of the nave. Made of Brazilian granite, it was dedicated on June 3, 2001 by Most Rev. Michael J. Sheehan. 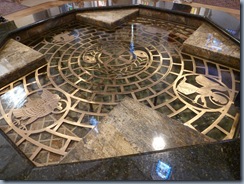 The eight-sided form represents the 8th day, or Easter, The basin is a cruciform, with three steps representative of the 3 days between Jesus'  crucifixion and his resurrection. The rill symbolizes the four Evangelists, who cast their nets to catch men.

It is just so beautiful. I couldn’t decide which pictures to post. 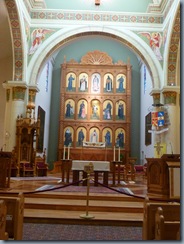 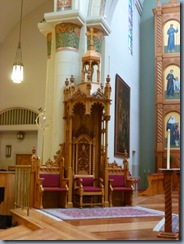 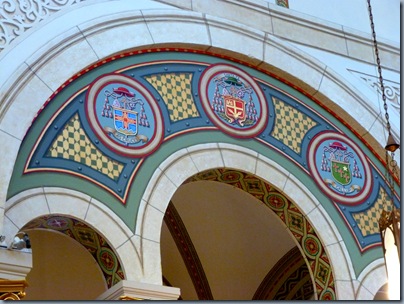 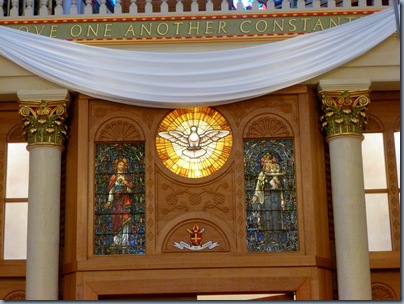 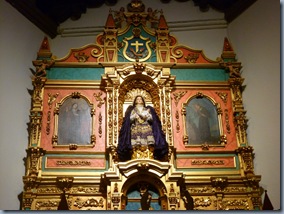 In 1626, Fray Alonso Benavides brought Our Lady of the Rosary to Santa Fe. She was renamed La Conquistadora in honor of what was believed to be her peaceful acceptance by the natives

And then there is the modern touch. 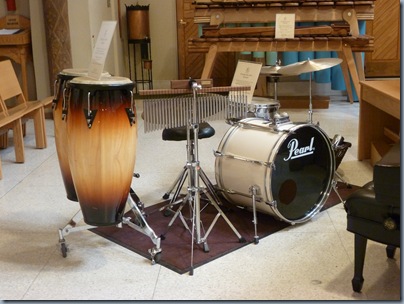