Ames, Buford and The Lonely Tree

About 30 miles West of Cheyenne is the Ames Monument. It was completed in 1882 at a cost of $65,000 and was built by the Union Pacific Railroad Company. The monument is off the beaten path a ways so we figured we would be the only folks out there. Not so but Jim was still able to get a couple of pictures without people in them. 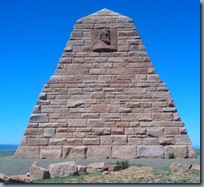 The monument is 60 feet high and made of granite. It stands on the highest elevation (8,247 feet) of the original transcontinental route. In 1901 the railroad was located several miles south and the town of Sherman which existed for the railroad, became a ghost town and nothing remains of the town. 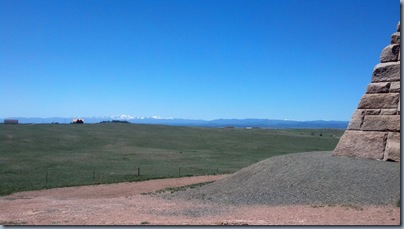 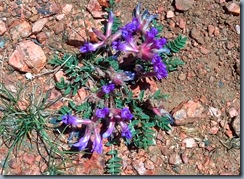 The monument serves as a memorial to the Ames brothers of Massachusetts. Oakes (1804 - 1873) and Oliver (1807-1877), whose wealth and influence were key factors in the construction of the first coast to coast railroad in North America. 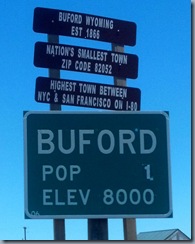 Welcome to Buford, Wyoming, Population 1!  (Now 0)  This tiny town had two big claims to fame.  First,with a population of only 1 person, Buford was the nation’s smallest town.  Sitting at 8,000 feet, Buford is also the highest town in elevation on Interstate 80, the main cross-country route between New York and San Francisco.

The high-elevation town sprang to life in the 1860s as a military outpost amid construction of the transcontinental railroad. Buford's population dwindled when the fort moved to Laramie and the county seat was shifted from Buford to Cheyenne. 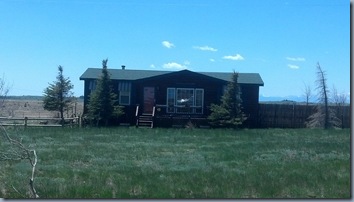 However, the town of Buford was sold by Don Simmons for $900,000 to an unidentified buyer from Vietnam in 2012. "Owning a piece of property in the U.S. has been my dream," the buyer said in the statement. Since then, nothing has been done to reopen the town. 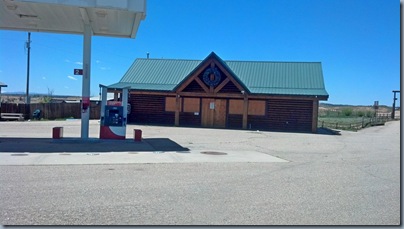 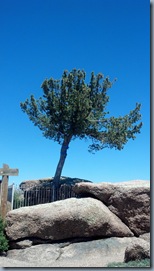 This small pine tree that seems to be growing out of solid rock sits in the median of I-80 at MM 333. The builders of the original railroad diverted the tracks slightly to pass by the tree as they laid the rails across Sherman Mountain in 1867-1869. Trains would stop here and the locomotive firemen would give the tree a drink from their water buckets. The railroad moved the tracks several miles south.

The Lincoln Highway was built in 1913 as part of the highway from the Atlantic to the Pacific. At this point travelers would stop to view the surrounding mountains which were like nothing the easterners had ever seen. The age of the tree is unknown although limber pines can live as long as 2000 years. The rock is pink Sherman granite.