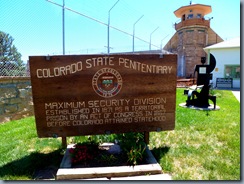 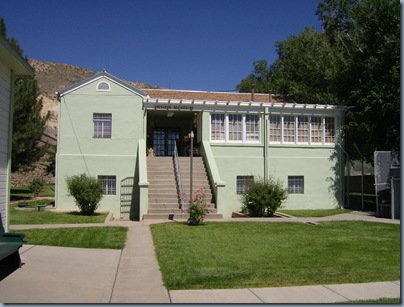 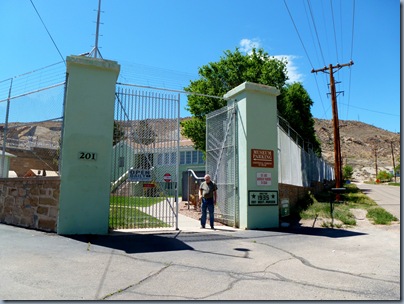 Jim and I decided we wanted to “do some time” in this cell house that was the original Women’s Correctional Facility constructed in 1935. 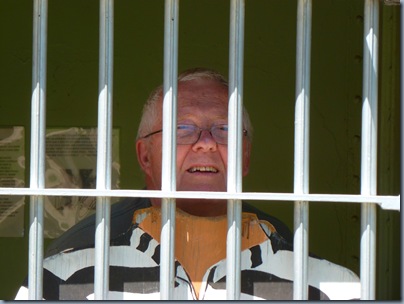 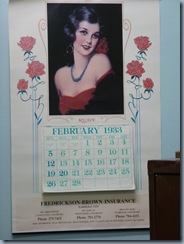 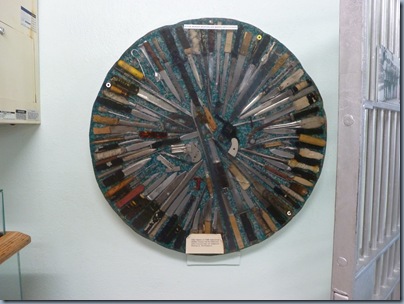 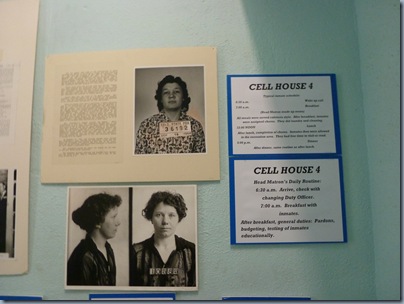 Each cell on the upper level tells a story of some phase of life behind walls and bars. Exhibits inlcude the office furnishings used by Warden Roy Best, and documentation on the Prison Riots of 1929 and 1947. 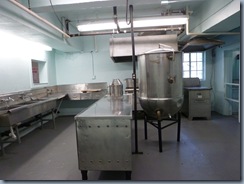 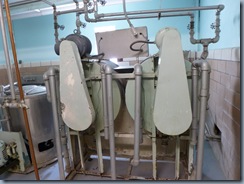 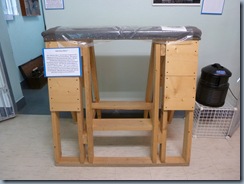 Other exhibits feature infamous inmates such as Alfred Packer (convicted of cannibalism), Antone Woode ( a twelve-year old convicted of murder), working and living conditions, punishments, and assorted other topics. All of the artifacts and exhibits depict lives of inmates and guards as they lived and worked in the Colorado Prisons. 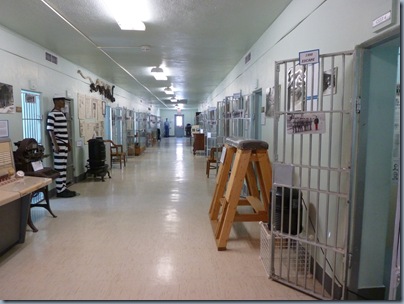 Definitely lots of interesting stories about the inmates. We could have spent several hours there just reading the all the articles.

Prison personnel pose in 1876. Each uniform hat was labeled with the guard's title. The hats above read, TURNKEY, OVERSEER, CELL HOUSE, and CAPTAIN.  The Warden stands second from left in the derby hat.

This was a great museum but the tour we took in Rawlings, WY at the Old Federal Prison was more interesting because of the tour guide. 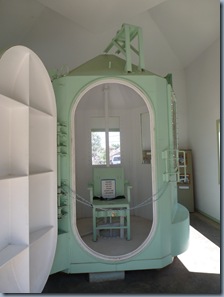