Teddy Roosevelt – Quite the Man

I was fascinated by Mr. Roosevelt and wanted to share some of his accomplishments with you. 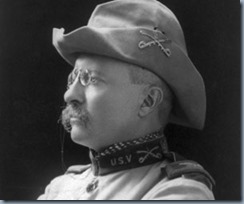 Born in NYC in 1858 he was governor of New York and then became Vice President under President McKinley. When President McKinley was assassinated in 1901, Roosevelt because the youngest man to assume the presidency at the age of 42.

As a boy he suffered from asthma and was homeschooled. He married at the age of 22 but lost his wife at the age of 25 when she died of kidney failure after the birth of their only child. His mother had died 13 hours earlier from typhoid. Roosevelt then headed for the Dakota Territories and lived as a cowboy and cattle rancher for two years while he mourned. He left his daughter in the care of an elder sister.

This was the cabin he lived in before he built the Elkhorn Ranch. 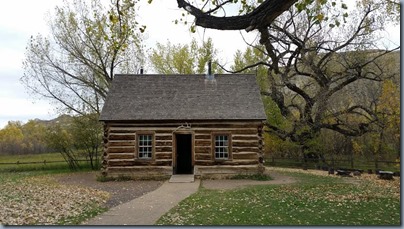 Notice the Maltese Cross that he and his men carved into the end of the log on the cabin. 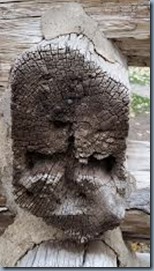 He organized a volunteer cavalry known as the Rough Riders during the Spanish-American War and led a charge up San Juan Hill in 1898.

Roosevelt’s policy of Speak softly and carry a big stick” caused him to bulk up the Navy and created the Great White Fleet. He also helped expedite the completion of the Panama Canal by providing a naval blockade preventing Columbian troops from landing there.

Roosevelt has also been deemed the country's first environmentalist president. In 1906, he signed the National Monuments Act, protecting sites like the Grand Canyon and preserving countless wildlife sanctuaries, national forests and federal game reserves. Because of his love of the North Dakota Badlands, this National Park was named in his honor.

During his term as President the presidential mansion became known as the White House. He and his new wife had five more children and the White House was filled with activity. He also gave a pony a ride in the elevator. Must have been quite the Dad.

Most of you already know that the Teddy Bear was named for this man but if you want to know why, please check out this link: http://www.nps.gov/thrb/learn/historyculture/storyofteddybear.htm