After our stop in Intake we headed down to my hometown. I was born and raised in Sidney and my Dad ran the town either as Mayor or as Public Works Director until he was 80. In fact he was Sidney’s youngest and oldest Mayor. This was his pride and joy.

However, he wouldn’t recognize the place today. The Bakken Oil field has spread to Sidney which is only about 40 miles from Williston, ND.

When I lived in Sidney, the population was about 5000 people. I have no idea how many live there now because most of them are oil field workers and live in RV’s or FEMA like trailers.

The smaller house is where I grew up. The big house on the right was my grandparents’ home. 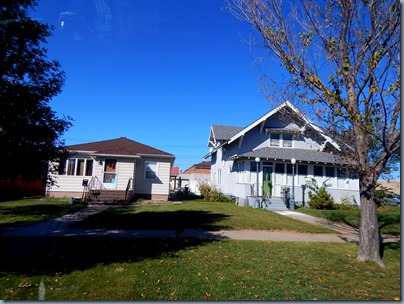 Sidney now has EIGHT motels. That is just incredible to me. I really wonder what will happen to those motels in the next five years. The Bakken has already shut down 63% of their oil rigs because of the surplus of oil. That means many people have left the area or are unemployed.

Reynolds is a grocery store that was in Sidney when I was little. We lived only a block from the store and Mom used to send me up to get groceries for her. They have since built this huge new store in the last five years. 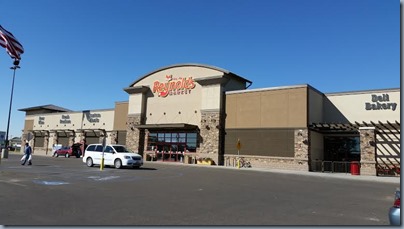 Also new in this mini mall attached to the grocery store. 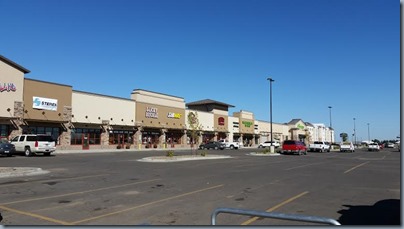 Jim and Todd lived in this house in Sidney while I lived in Kalispell and Billings because I couldn’t find a job in Sidney. We wanted to be near my folks when they got older but things didn’t work out so Jim and Todd moved to Billings to be with me. 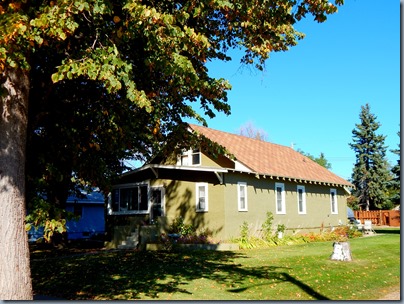 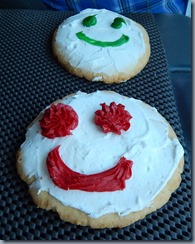 Todd loves the cookies from the bakery in Sidney. Sad to say, but the bakery is gone. The good news is that Reynolds bought out the bakery and still make their smile cookies. We bought a couple of cookies to enjoy and to give Todd a bad time because he wasn’t going to get one.

We also stopped by Gem City Motors where Jim worked but there was only one person left at the dealership that he worked with. Most of the others either retired or went to work for the oil field.

It’s really strange how I no longer feel any attachment to the town. I spent 18 years of my life there but have no desire to spend any more time in Sidney. My parents are buried there and we visited the gravesite. Hard to believe they have been gone so long already. Sure do miss them. 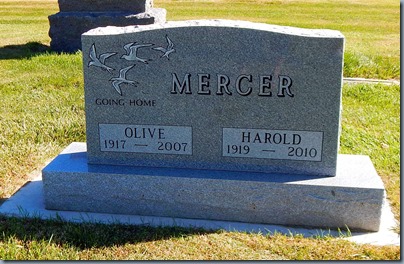