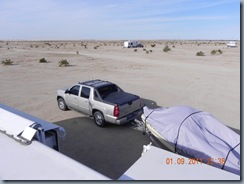 I towed the boat down to Yuma because Jim wanted to check out fishing in the Yuma area. And he actually got to go twice while we were there.

Considering the wind and cold weather the first week, he was happy to get out twice. 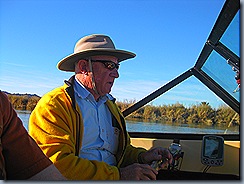 The first time he went he took Mike with him and they headed up to Martinez Lake to check that out. Neither one of them were very impressed and the fishing wasn’t all that good. 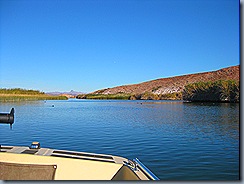 The second time he went he headed for Mittry Lake. He traveled 75 miles to get there and 22 miles to come home. The road he turned on to go to the lake does not have any signs so he drove quite a ways before he decided to ask somebody where it was. He was told to follow the signs that say No Fireworks. Not a sign for the lake anywhere. 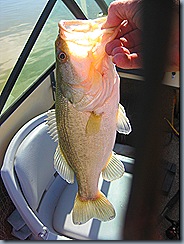 But he did find it and had some pretty good fishing there. So the next time we’re in Yuma that is where he will head to do his fishing.

We also had truck problems while we were sitting in the desert. The fuel pump decided to quit working on Friday and we couldn’t get it in for service until Tuesday. So we were without a vehicle for 4 1/2 days. We didn’t get to do as much exploring or fishing as we had hoped but there’s always next time.