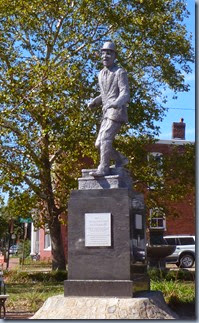 Bill "Bojangles" Robinson was born in Richmond, Virginia, on May 25, 1878.  He got the nickname "Bojangles" from "jangler," meaning contentious, and he invented the phrase "Everything's Copasetic," meaning tip-top. Robinson took a break from performing to serve as a rifleman in World War I. He is well known for his tap dance routines and especially for his performances with Shirley Temple.

E. M. Todd Company, also known as Todd's Ham Building, is a historic factory building.  It originally housed the Richmond Brewery, and was later acquired by the E. M. Todd Company a manufacturer of smoked ham and bacon.

John and Nan – every time we drove by this place I thought about you guys. 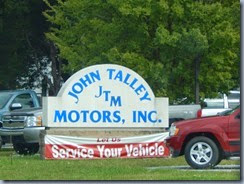 7-11 and Slurpees – When we lived in Virginia the slurpee was Todd’s favorite drink. Montana does not have any 7-11’s and this is Jim’s way of “sharing” with Todd. 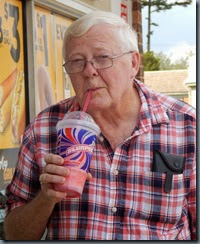 Tom brought home flowers to Patsy and me. Aren’t they beautiful? 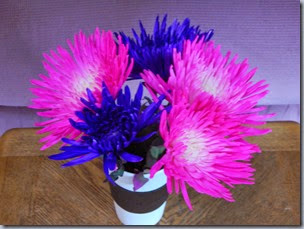 This is one really big fan at Buz and Ned’s BBQ. We got a chance to try their ribs. Definitely the best we’ve had. 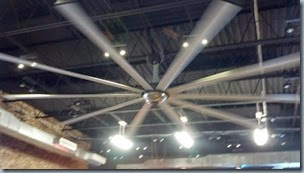 Guys just have to keep busy. 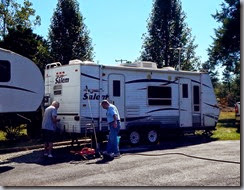 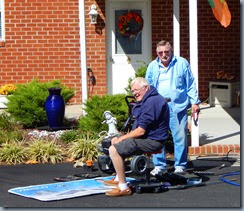 Patsy and Buddy. Buddy is a rescue and is one of the sweetest pups ever. Of course, our two obnoxious girls wouldn’t give him the time of day. 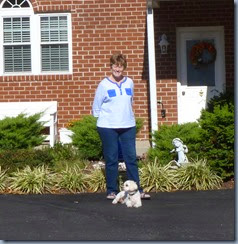 HELP! Mom put us in prison. 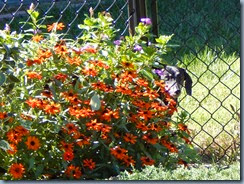 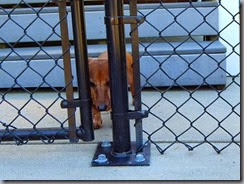 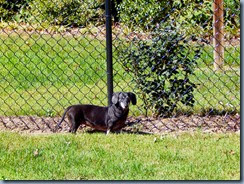 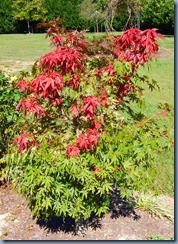 Moon over our house. 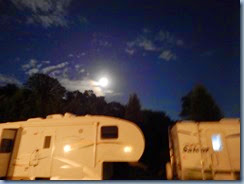