Mechanicsville, VA – more of the same 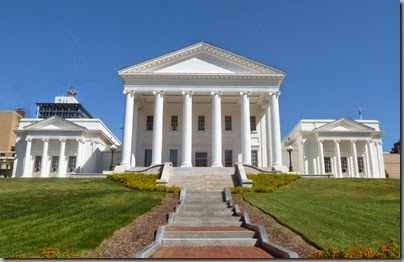 The first session of the Virginia legislature met in Jamestown in 1619, a year before the first Pilgrim arrived at Plymouth Rock. In 1780 the capitol was moved to Richmond where Thomas Jefferson designed the capital building which was finished in 1798. 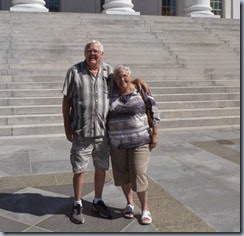 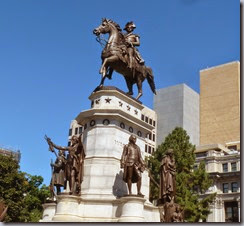 Tom’s money clip which is a replica of the Virginia State Seal. 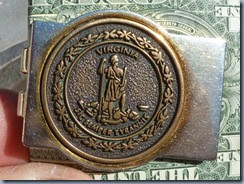 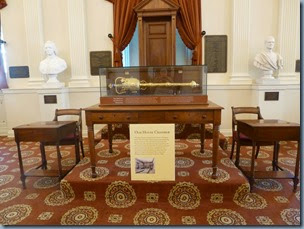 The Rotunda was constructed beneath the pitch of the gable roof, which makes it invisible from the exterior of the building. 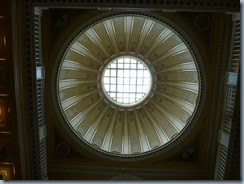 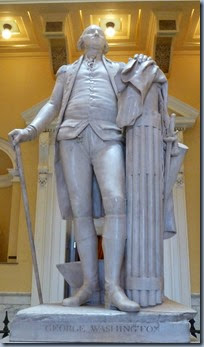 This 6’2” statue of George Washington stands under the dome of the Rotunda. Jean-Antoine Houdon, a French artist, made a plaster mask of Washington’s face, took detailed measurements of his body and then used marble to sculpt the statue. Tom, Patsy and Jim in front of Robert E. Lee’s statue in the original Chambers. The statue was erected where Lee stood on April 23, 1861, when at the age of 54 he accepted command of the military forces of the Commonwealth of Virginia.

We toured the building on our own, but if we were to go back, I would want to go with a tour guide. 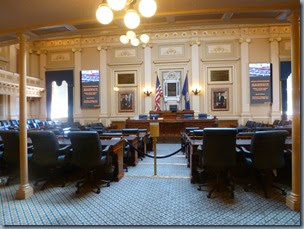 When Richmond was burned, the original part of the Capitol Building was saved from the fire. 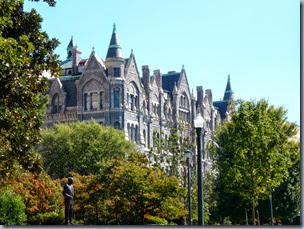 Tom and Patsy’s friend’s grandmother, who is 86, loves to knit. Brandon brought this creation to show us. Miss Daisy (that’s what the grandkids call her) started this flag on September 12, 2001 and finished it one year later on September 11, 2002. 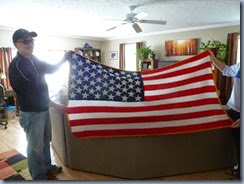 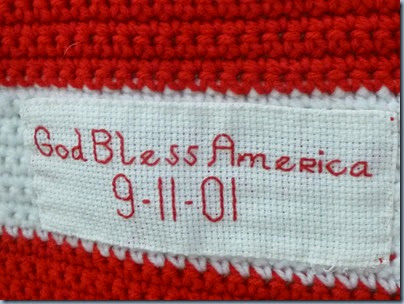